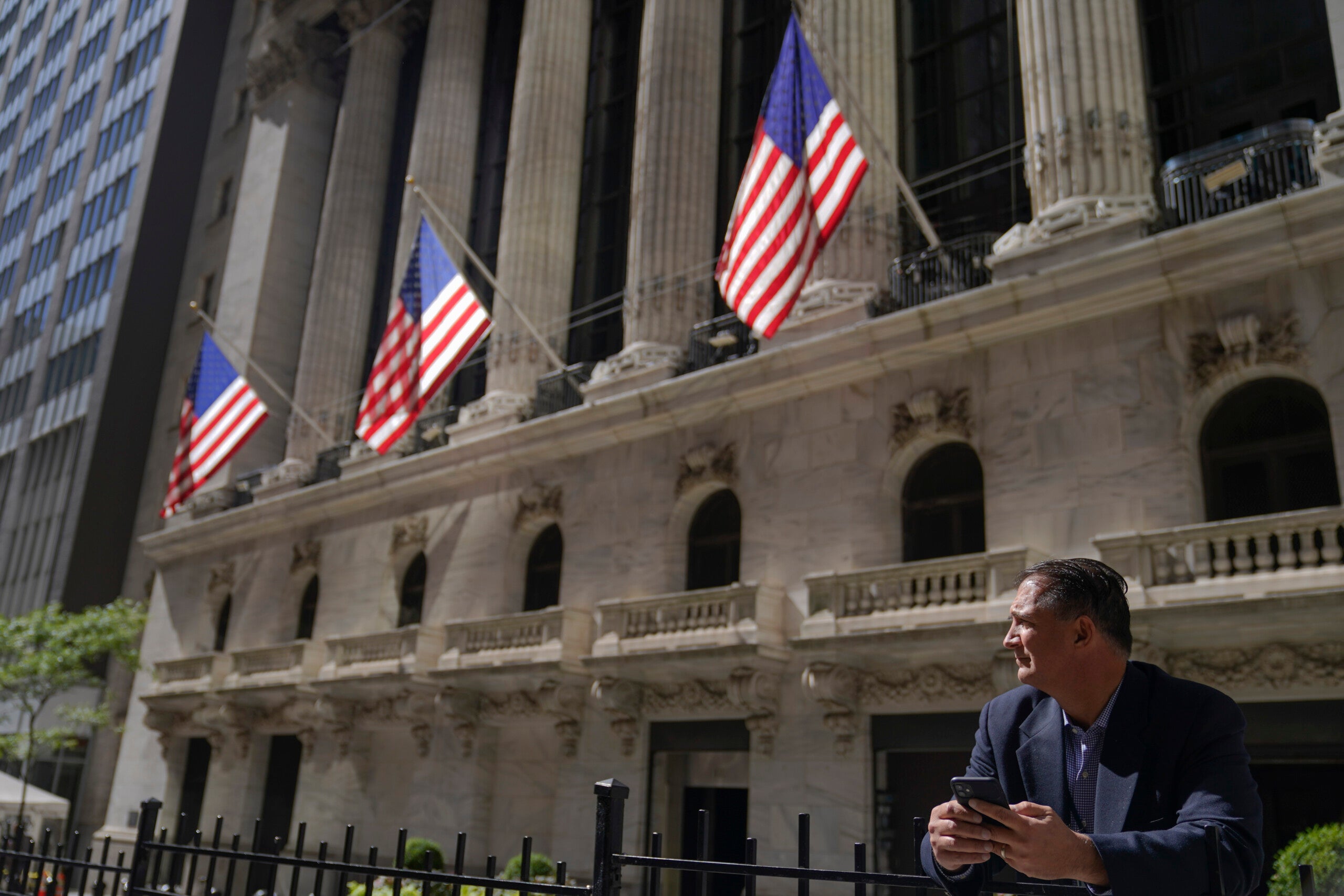 NEW YORK (AP) — Stocks on Wall Street rallied to their best day in months on Monday after falling bond yields eased some of the pressure that’s been battering markets.

The Dow Jones Industrial Average climbed more than 800 points and the S&P 500 had its best day in more than two years Tuesday as the market clawed back more of the ground it lost in a miserable several weeks on Wall Street.

The S&P 500 rose 3.1%, its best day since May 2020, as all but six of the stocks in the index notched gains. The benchmark index has been rallying since hitting its lowest point of the year on Friday to close out a September slump.

Twitter surged 22.2% after Elon Musk said he would go ahead with his $44 billion acquisition of the social media company, abandoning months of efforts to get out of the deal.

The two-day rally hit markets as investors look for signs that central banks might ease up on their aggressive rate hikes aimed at taming the hottest inflation in four decades. Australia’s central bank made an interest rate hike that was smaller than previous ones and that helped Australia’s market jump 3.8%.

In the U.S., a government report on job openings showed the number of available jobs in the U.S. plummeted in August compared with July. It’s a sign that businesses may pull back further on hiring and potentially cool chronically high inflation, which could allow the Federal Reserve to slow the pace of rate increases.

Analysts sought to downplay the early October rally, which followed a decline of more than 9% last month. The major indexes remain in a bear market after falling 20% or more from their most recent record highs.

“Wild moves like these can be hard to digest, but they aren’t surprising,” said Lindsey Bell, chief markets and money strategist at Ally. “It is natural for some of the biggest up days in the market to cluster around the biggest down days.”

“Investors should be worried about false positives,” he said. “Be wary of the history of bear market rallies, they can be very seductive.”

Major indexes could be in store for more declines ahead, Lynch said, as more economic data and the next round of earnings reports paints a clearer picture of how inflation continues to impact business operations and consumer spending.

Treasury yields continued to pull back from their multiyear highs, which has helped relieve some of the pressure on stocks. The yield on the 10-year Treasury, which helps set rates for mortgages and many other kinds of loans, slipped to 3.64% from 3.65% late Monday. It got as high as 4% last week after starting the year at just 1.51%.

The yield on the two-year Treasury, which more closely tracks expectations for Federal Reserve action, fell to 4.10% from 4.12% late Monday.

The market was mostly quiet with company news ahead of the next round of corporate earnings.

Investors are watching closely as central banks raise interest rates to make borrowing more difficult and slow economic growth to try to tame inflation. Investors are hoping that they will eventually ease off their aggressive rate hikes and the move by Australia’s central bank is a hopeful sign for some.

Wall Street is worried that the rate hikes, especially the increases from the Fed, could go too far in slowing growth and send economies into a recession. The Fed has already pushed its key overnight interest rate to a range of 3% to 3.25%, up from virtually zero as recently as March.

Economic growth is already slowing globally and the U.S. economy contracted during the first two quarters of the year, which is considered an informal signal of a recession. The economy still has several strong pockets, including employment.

Wall Street will get a more detailed look at the employment situation in the U.S. this week, with a report on hiring by private companies due out Wednesday, the latest tally of weekly applications for unemployment benefits on Thursday and the government’s monthly jobs report for September on Friday.

If those reports point to a still strong job market, that could trigger a bond market sell-off, which would weigh on stocks, said Jay Hatfield, CEO of Infrastructure Capital Advisors.

Yuri Kageyama and Matt Ott contributed to this report.