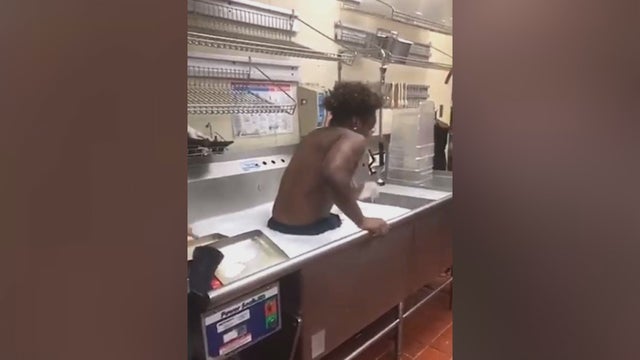 Milton, Fla (WKRG) —  A woman posted a video on Facebook of what appears to be a Wendy’s employee taking a bath in the sink.

In the minute-long video, the young man is shirtless and barefoot in the kitchen before climbing into the sink full of soapy suds.

i don’t suggest anyone eating at the milton wendy’s again ???Posted by Haley Leach on Tuesday, May 21, 2019

The person who posted the video says it happened at the Wendy’s in Milton.

“How’s it feel?” someone asks the young man in the video.

“It’s warm,” he replies as several people in Wendy’s uniforms stand by and record it on their cell phones.

“Wash your armpits, ooh yeah ooh” the voice behind the camera says as the young man did just that, grinning the whole time.

The Operations Manager for Wendy’s says they are aware of the video and they are investigating.

He says they can not comment on anything else.