Why has it been so windy? 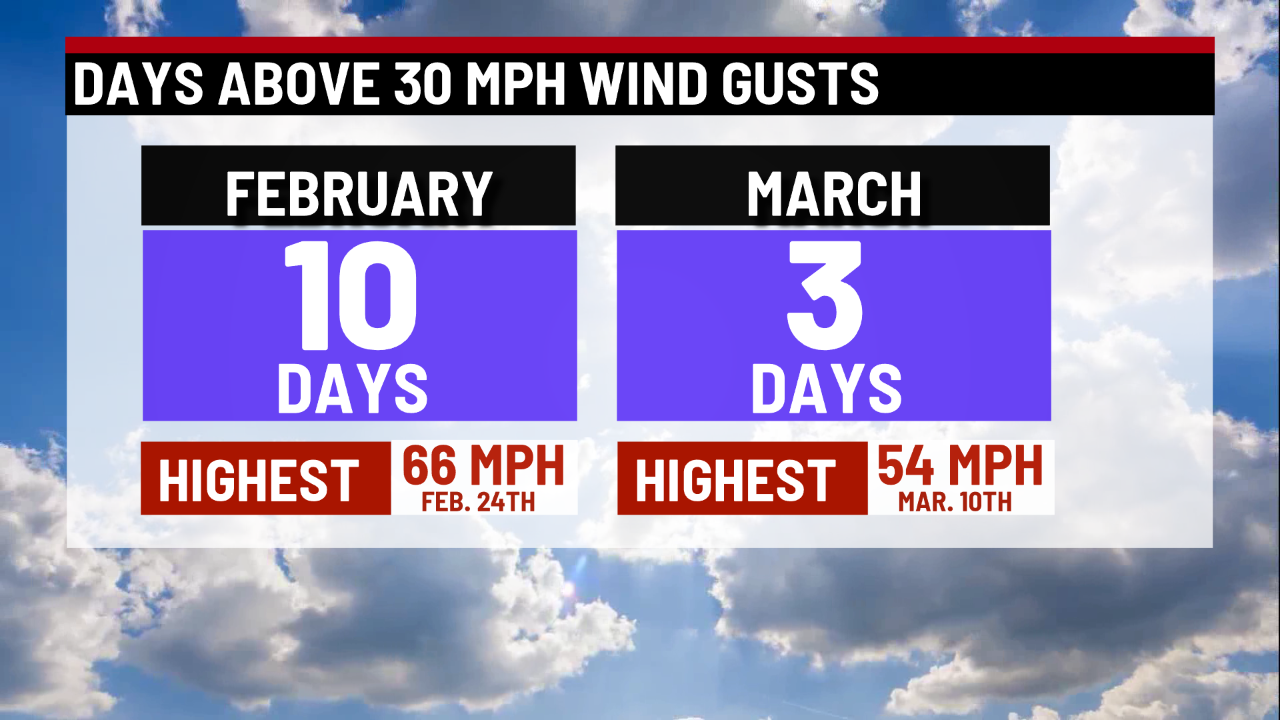 INDIANAPOLIS (WISH) — Spring is known as a season of great transition.

We’re coming out of the frigid and snowy months of a central Indiana winter and starting into the warmer temperatures and longer daylight of spring and summer.

This past weekend, we had wind gusts over 50 mph in many locations including Indianapolis. This month, we’ve already had three days with winds gusts recorded of 30 mph or higher. In February, we had 10 days; one of those days recorded a record-high 66 mph wind gust!

So what causes it to be so windy? Spring is traditionally the windiest season in central Indiana. A big reason for that is because of the extreme transitions. March is a month that has a little bit of everything: from snow and cold to mild temperatures and severe storms.

Colder air that we see for much of the month is more dense, which typically leads to higher pressure. Warmer air to the south is less dense, and typically means lower pressure. When we starting getting into these transitional months, warmer air begins to intrude father north, sometimes with great temperature contrasts. This leads to a faster change in air pressure over a shorter distance, and thus higher wind conditions.

We’ll see this take shape again later this week. A nose of warmer air will dial in from the south. Much of the Midwest will surge into the 70s. Not far to our west, colder temperatures of 30s and 40s will be waiting to push eastward. In between, a powerful low pressure center will bring rain and storms to the area, but, along with that, we should expect gusty winds, potentially over 50 mph at times late Wednesday into Thursday.

This is typical of both spring and fall seasons. We’ll see our chances for high wind gusts to lower once we fully transition into a more mild and warm pattern across central Indiana.