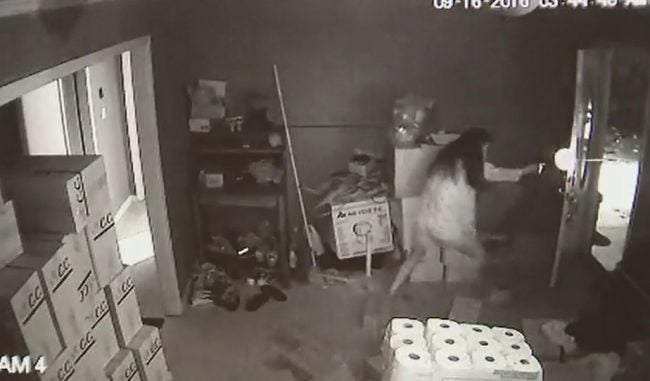 GWINNETT COUNTY, GA (WCMH) – One of the suspects died and police are searching for the other two after a woman opened fire on them during a home invasion.

Video shows the three men enter the home with their guns drawn and looking around; that’s when the woman came out firing her gun.

“She exercised her right to defend her livelihood and property,” Cpl. Deon Washington with the Gwinnett County Police tells WSB-TV.

Police say the woman was staying at a friend’s home when she heard the men kick down the door. She grabbed her gun and exchanged gunfire with the suspects.

One suspect runs through a glass door, another, the man wearing a wig, would die from his injuries after being shot in the torso.

“It’s not common that we receive this caliber of surveillance video showing the crime unfold, an actual home invasion,” Washington tells WSB-TV.

Police continue to search for the remaining two suspects.