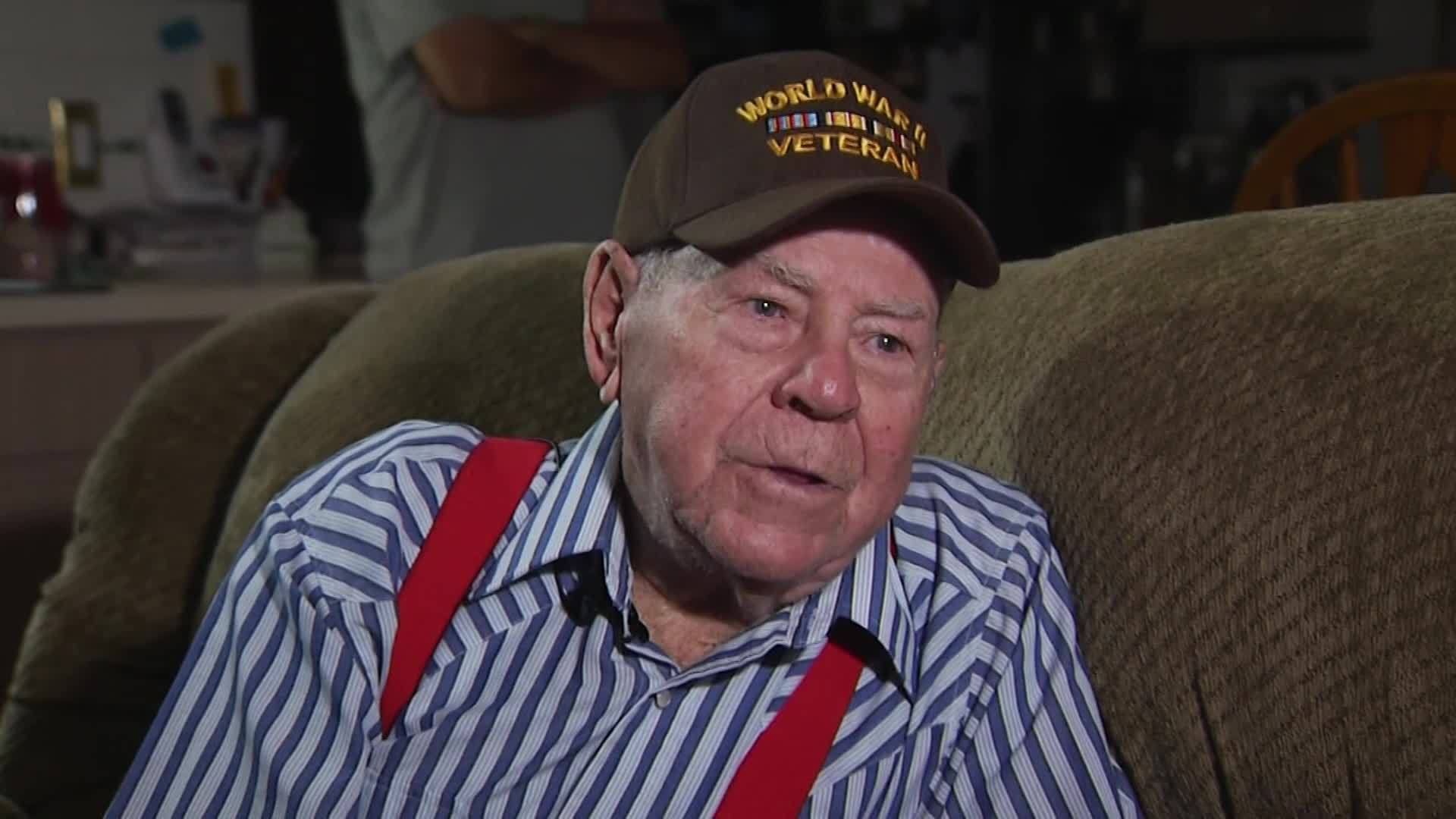 PLANT CITY, Fla. (WFLA) – A World War II veteran says it wasn’t his generals that got him through the Battle of the Bulge.

“If God hadn’t been watching over me, I’d never have made it,” 97-year-old James Money said, adding that a few close calls during the massive German offensive made him believe in miracles.

During the Battle of the Bulge, Money’s mission was to fight through Nazi heavy armor and infantry to relieve the besieged 101st Airborne who were still holding on in Bastogne.

“When the artillery barrage started falling, they started running here and there. About seven of my friends were killed,” Money said.

Money left a wife and two children at home when he went to war. He kept a locket of his son’s hair in his billfold. That billfold was in his check pocket when a German sniper shot him.

“It hit that billfold and busted it open, and left his hair sticking out of the hole,” Money said.

In the frigid cold of the winter battle, Money was sent to the far front where he came under friendly fire. His equipment was destroyed, and out of desperation he jumped up to show his Fourth Armored Division insignia.

Indiscriminate artillery shells kept Money guessing, but he claims he was never afraid. He saw combat and killed when he had to.

“That’s what I was over there for, was get them before they got you,” he said.

And today, Money believes it’s a miracle that he still represents a group of soldiers who are nearly gone and a vanishing brotherhood some call the greatest generation.

“I thank God that he was watching over me and brought me back,” Money said.