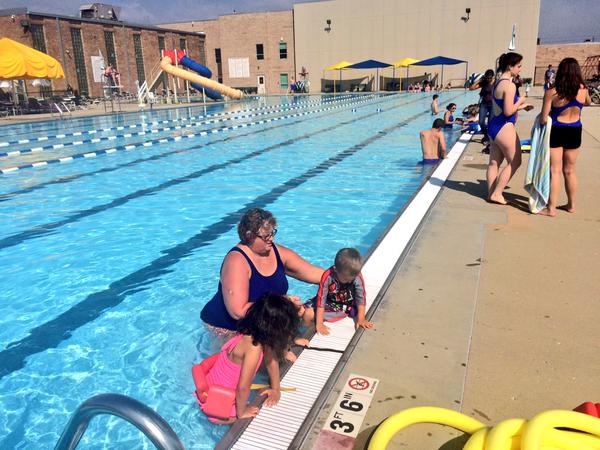 INDIANAPOLIS (WISH) — Since the drowning of a 12-year-old boy last week, organizations like the YMCA have heard from people interested in donating in his honor to highlight the importance of water safety.

To kids, swim lessons may seem like fun in the sun.

But they are also learning potentially life-saving skills.

“Bobbing to safety, you can sink to the bottom and touch your feet and then jump yourself to a wall and be something as simple as that,” Aquatics Coordinator at Baxter YMCA Wendy Medeiros said.

She is relieved when parents like Elisheva Lord-Spence teach their kids about water safety.

“So that in such a circumstance they’re by themselves or with a lot of kids at a pool they know what to do in an emergency situation,” Lord-Spence said.

There are many pools where lifeguards are on duty like at the YMCA.

But there are also situations where kids will be swimming unsupervised.

It’s in those situations when experts say knowing water safety can be a matter of life or death.

“We want to get them comfortable enough that they know that they can get themselves to a certain distance, so they don’t have to panic,” Medeiros said.

While swim lessons come with a cost, the YMCA also has a free water safety program.

“Teaching them the basics, like, if you’re struggling on your stomach just how to turn over and float on your back and then paddle yourself over to the side,” Medeiros said.

Those classes are run in part with donations from the public.

“Donating to the YMCA for swim lessons or any after school programs I think is a fantastic idea,” Lord-Spence said.

She feels it’s an investment in the future for kids.

“I know there are children in our program and families in our program that would not be able to take a swim lesson or water safety class without those donations,” Medeiros said.

Just contact the one nearest to you for their class hours.

They have also had a donation made since Charles Darko’s drowning last week.