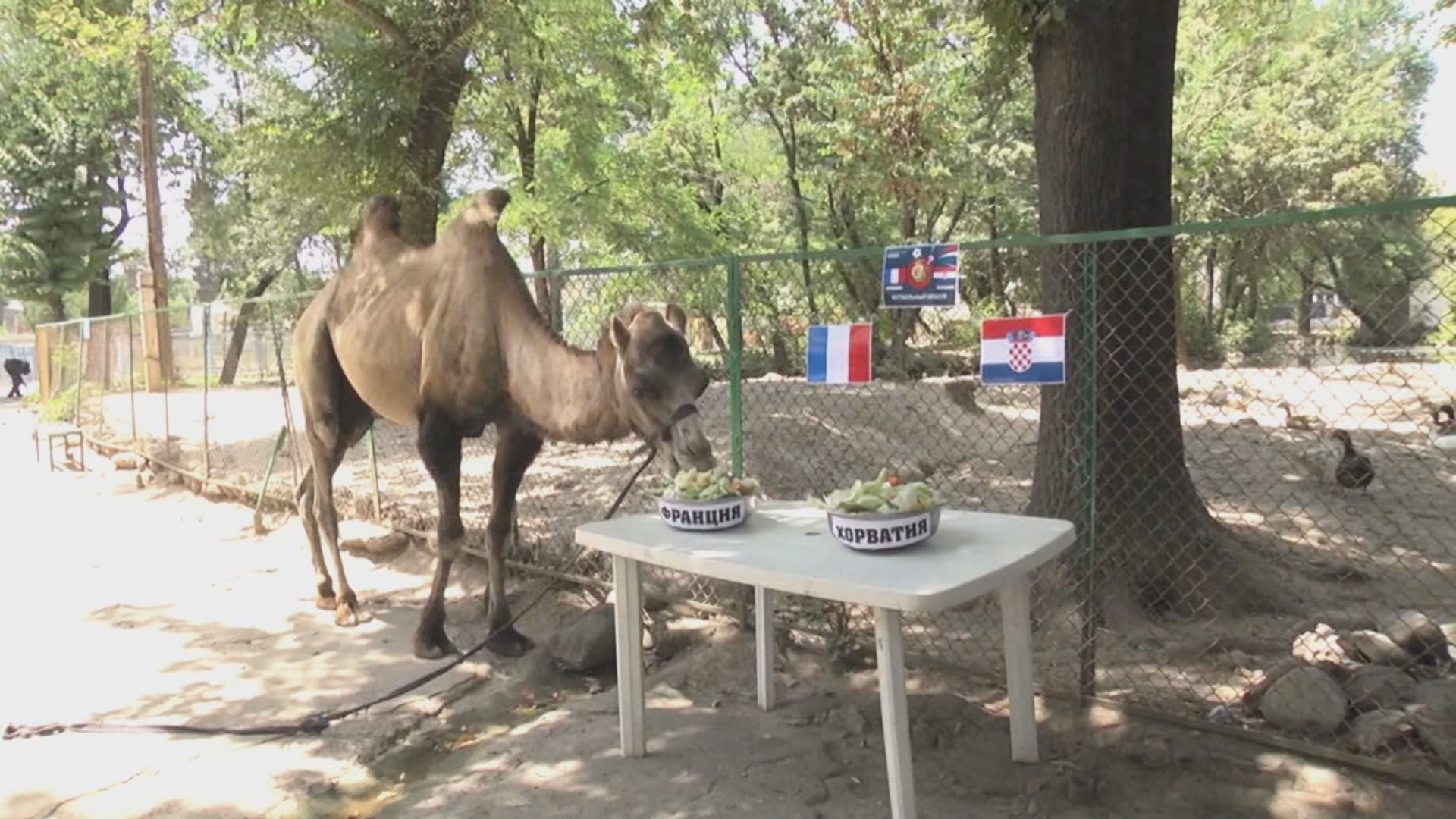 DUSHANBE, Tajikistan (CNN) – World Cup fever has hit countries all over the world, and a very special camel thinks she knows who will win.

Maria the camel loves to eat and loves to pick winners during the World Cup.

Maria picked France to win its third World Cup trophy on Sunday. France takes on Croatia in the final in Moscow.

Maria also picked France to beat Uruguay in the quarterfinal, and Croatia over England in the semifinal.