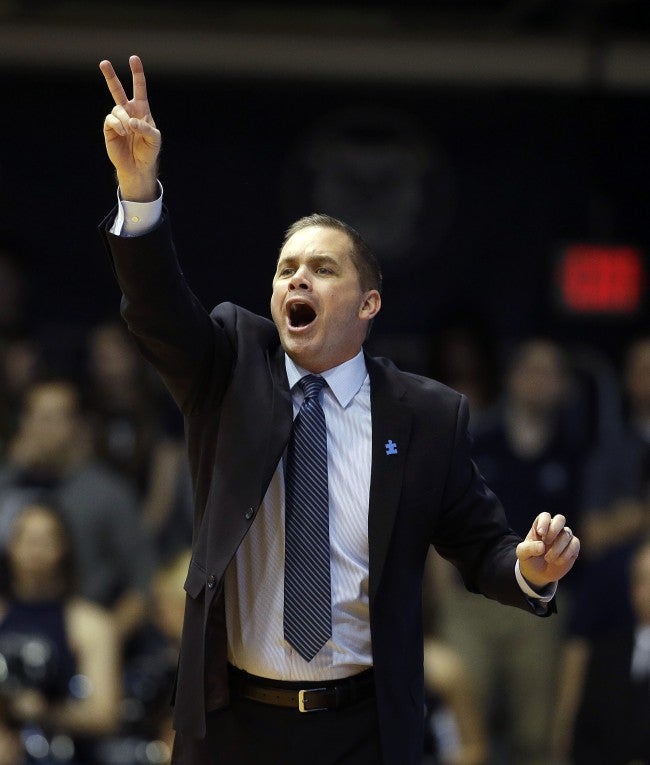 INDIANAPOLIS (WISH) — Butler coach Chris Holtmann will be at Butler through the 2020-21 season.

The men’s basketball head coach has been awarded an extension following a dramatic turnaround in his first season.

“We are very pleased to announce that we have reached a contract extension agreement with Chris,” said Butler Vice President and Director of Athletics Barry Collier. “He has provided outstanding leadership for our student-athletes, embodied the Butler Way and represented Butler University extremely well.”

In his first full season as head coach, Holtmann led the Bulldogs the NCAA Tournament, picking up a win over Texas in the second round.

“Under challenging circumstances, Chris Holtmann stepped in this past season and quickly demonstrated himself worthy of continuing the Butler legacy of excellent coaching and thoughtful leadership, including Barry Collier, that has underpinned Butler’s success. I am delighted that Chris is committed to coaching Butler for many years to come,” said Butler president James Danko.

By leading the Bulldogs to the NCAA Tournament, Holtmann became just the third Butler coach to do so in his first season.

“As a family, we are excited about this opportunity and we are very grateful to be able to serve Butler University in this role for years to come,” said Holtmann. “This has become home for us and I believe that we achieved success this year because of the quality of people in and around our program that Butler attracts. We understand the great responsibility in this role and will work extremely hard to make those who care about Butler basketball proud. I want to thank President Danko and Barry Collier for their significant leadership and support.”