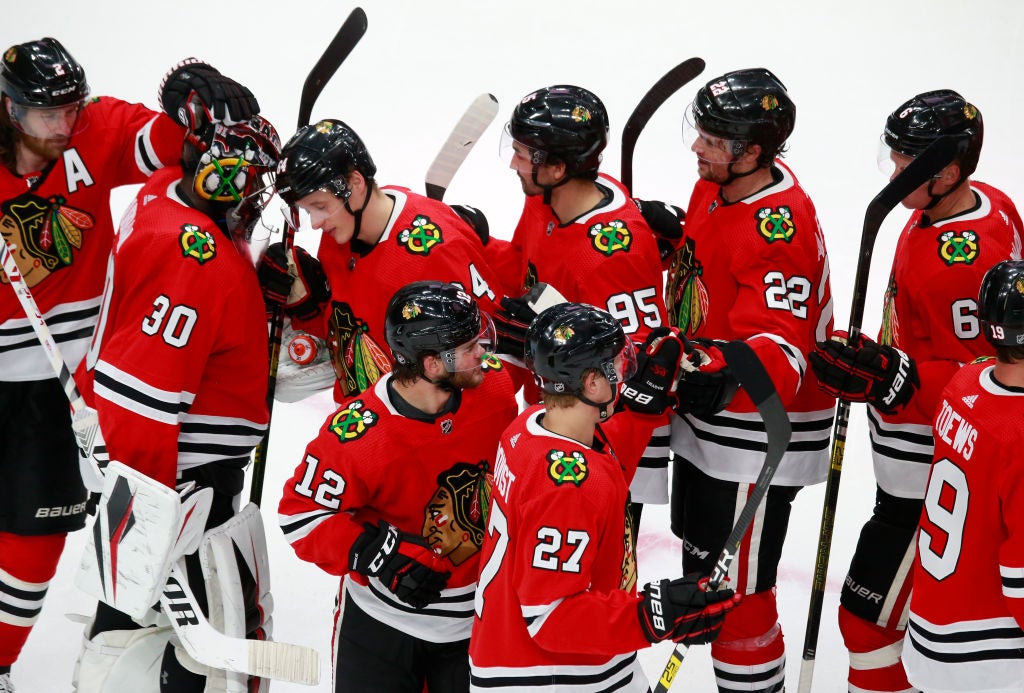 (CNN) — The NHL’s Chicago Blackhawks may not be changing its team name, but it will no longer allow costume headdresses at future team-sanctioned events and home games at the United Center.

The move comes amid pressure on the Blackhawks and a number of other sports teams to change its team name over what some feel is disrespectful or carry racist connotations toward Native Americans.

“Moving forward, headdresses will be prohibited for fans entering Blackhawks-sanctioned events or the United Center when Blackhawks home games resume,” the team said in a statement released on Wednesday.

“These symbols are sacred, traditionally reserved for leaders who have earned a place of great respect in their Tribe, and should not be generalized or used as a costume or for everyday wear.”

In early July, the Blackhawks announced that they are committed to their team name and logo. The team’s logo, largely unchanged since 1959-60, is of a large Native American head with feather headdress and face paint.

“We recognize there is a fine line between respect and disrespect, and we commend other teams for their willingness to engage in that conversation,” the team stated three weeks ago.

“Moving forward, we are committed to raising the bar even higher to expand awareness of Black Hawk and the important contributions of all Native American people.”

The Blackhawks played an exhibition game against the St. Louis Blues in Edmonton on Wednesday. They will face the Edmonton Oilers in a best-of-five play-in series starting on Saturday.