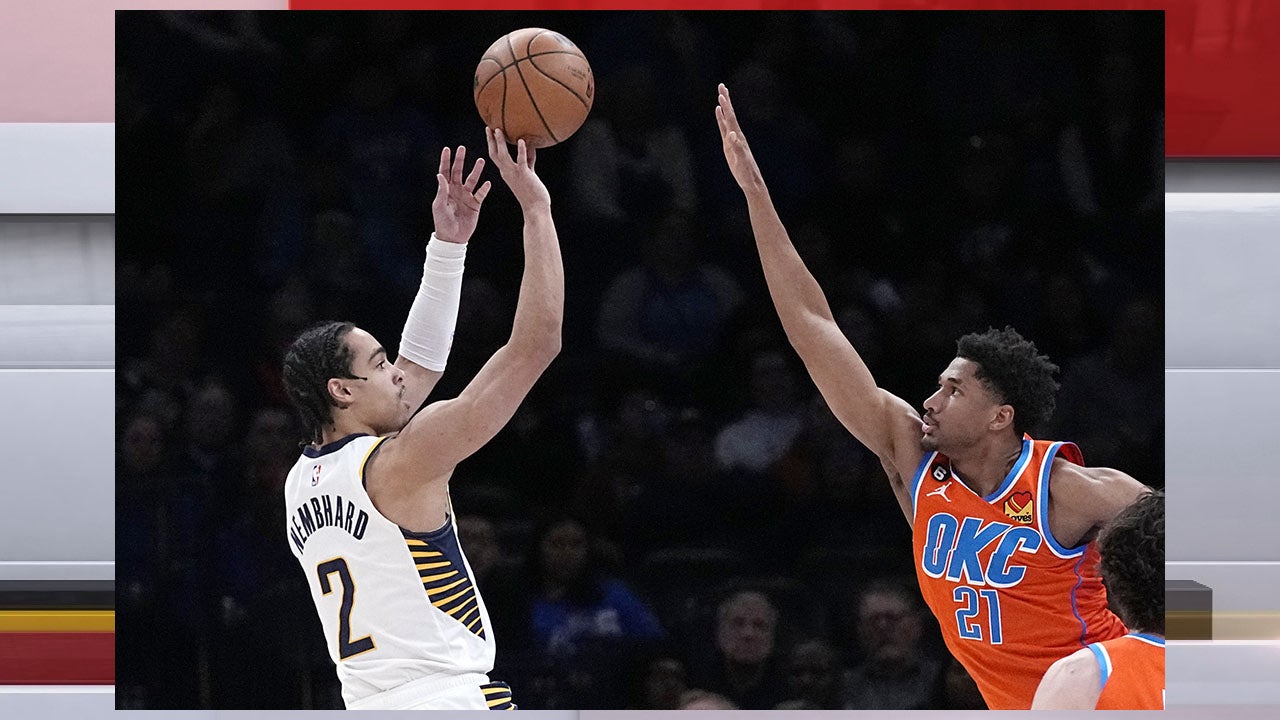 OKLAHOMA CITY (AP) — Shai Gilgeous-Alexander and Isaiah Joe each scored 23 points and the Oklahoma City Thunder rolled past the Indiana Pacers 126-106 on Wednesday night for their fourth straight victory.

Joe, a reserve, tied a career high with seven made 3-pointers in just 22 minutes.

All four of Oklahoma City’s victories during the streak have been by double digits. The Thunder are 7-2 in 2023.

Andrew Nembhard scored 18 points for the Pacers, who lost their fifth straight. Buddy Hield, who entered the night averaging 18 points per contest, scored just three points on 1-for-4 shooting in 19 minutes. Indiana shot 41.5% from the floor.

The Pacers were without guard Tyrese Haliburton. The NBA’s assist leader suffered sprains to his left knee and elbow last week and is expected to be out for at least another week.

Pacers: Hield played college basketball at the nearby University of Oklahoma and was cheered when he was announced as a starter. … Went nearly four minutes without a made field goal at the start of the game. … Indiana’s bench was issued a technical foul in the second quarter. … C Myles Turner had six blocks.

Pacers: At Denver on Friday night.

Thunder: At Sacramento on Friday night.