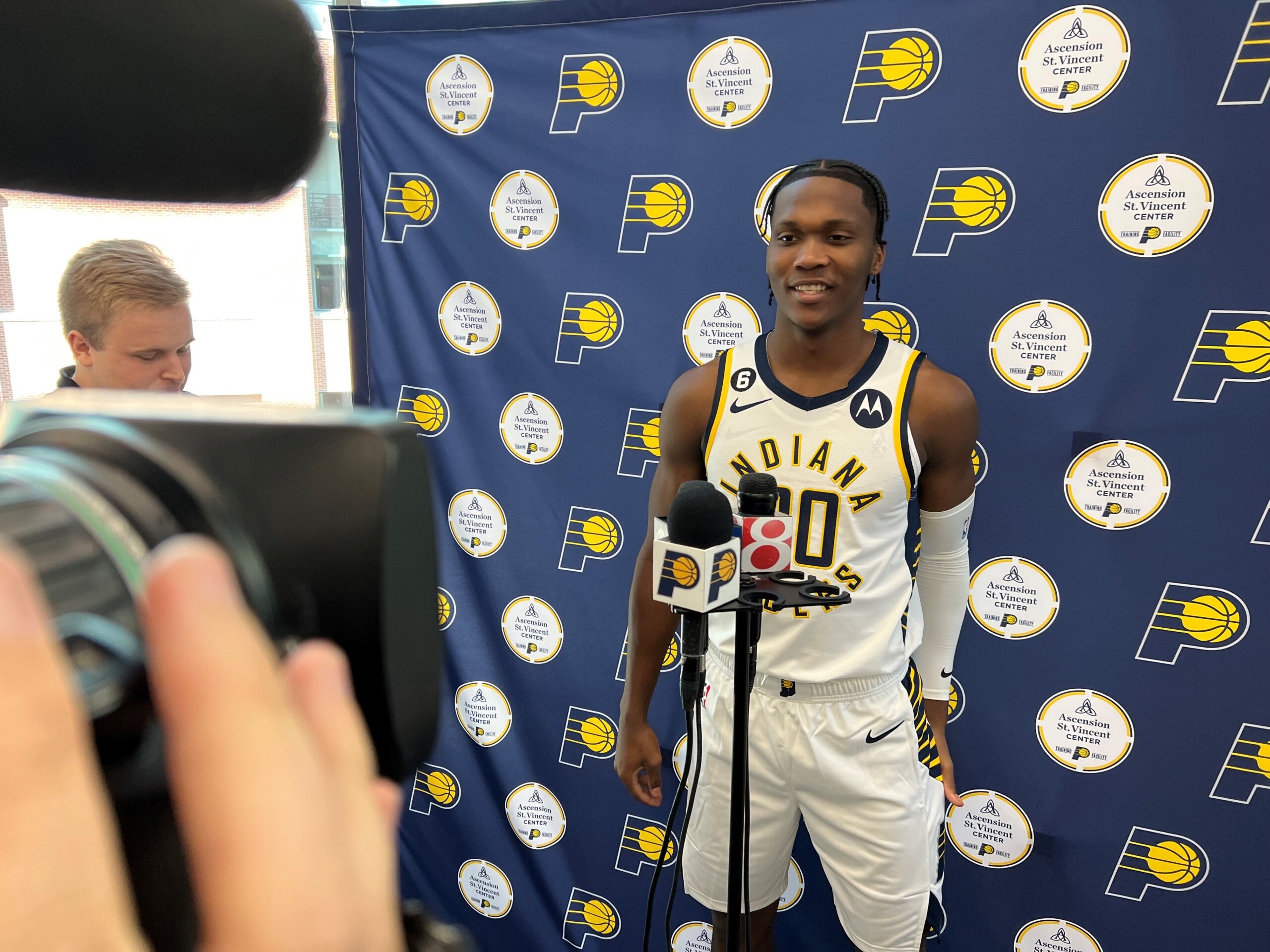 INDIANAPOLIS (WISH) — The Indiana Pacers ushered in a new era of basketball Monday at NBA Media Day, according to head coach Rick Carlisle. The new era is of youth.

The Pacers have one of the youngest rosters in the NBA, averaging 24.8 years old. In the eyes of the Pacers organization, that’s perfect for a rebuild.

“I feel like the fact that we’re building back the team, having a lot of young guys, (and) a lot of young talent, everybody is here to learn,” Pacers first round draft pick Bennedict Mathurin said. “Everybody is taking the criticism, I would say. Pretty much, we’re growing up together.”

“What I love about us is we just got a lot of guys that love basketball who want to compete,” point guard Tyrese Haliburton said. “For the last like two weeks, we’ve been here together, we’ve been keeping records of all of our open runs and guys arguing in the back, and it being a constant thing throughout this facility, and in the group chat, and everything. I think that that’s a great start for any team.”

One of the biggest stories on Media Day is the one year left on center Myles Turner’s contract. He’s been dodging trade rumors all off season. Monday, he responded to the chatter for the first, and according to him, last time this season.

“There are no hard feelings in this business. You have to take the emotions out of everything, and I’ve learned that at a young age. I still hold true to that,” Turner said. “My job is to come in here and help these young guys now. As long as I’m in this uniform, I’m going to go out there and represent the state how it’s supposed to be represented.”

“Myles is a pro, and he’s made it clear that he wants to be here,” Carlisle said. “He’s excited to be playing with a pass first starting point guard like Tyrese. That’s where we are right now.”

“I think Myles is a key piece for us moving forward, but that’s not my decision to make. That’s not anybody’s decision to make,” Haliburton said. “So first we just have to control what we can and that’s just performing on the floor and I think he’s very invested in being here.”

The rebuild begins Tuesday. The team hits the court for the first time as training camp commences.