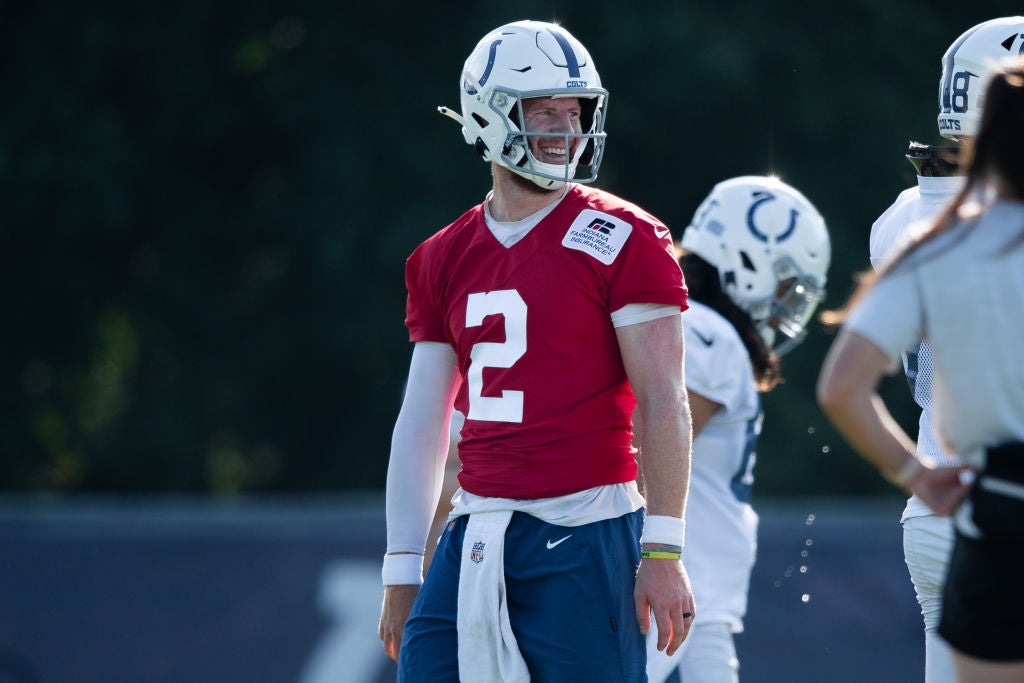 “We are very fortunate to have Carson as our exclusive Colts player analyst. The insight he will provide Colts fans weekly will be unmatched,” said Calhoun. “In addition to his expert analysis, I am also excited to share with our viewers all the incredible work Carson is doing with his foundation and the heart he has for people here in Indiana and across the world.”

Starting Sept. 8, Wentz will go one-on-one with Calhoun to preview the upcoming week’s matchup in a special segment titled “WentzDay with AC.” The weekly feature will air Wednesdays at 6 p.m. on WISH-TV.

WISH-TV is also teaming up with Wentz in support of his foundation AO1 (Audience of One) with special programming and promotion on all platforms of the charity and “AO1 DAY”, an all-day station event focusing on the foundation and its charitable work.

“No other station in Indiana provides more Colts coverage than WISH-TV and with Carson Wentz on our team, Colts fans will get even more insight every week,” said McCoy. “As the only locally-owned station with a statewide reach, we are committed to providing more original programming and creating unique experiences for viewers, on-air and on-demand.”

The Colts acquired the 2017 NFL MVP candidate in an offseason trade with the Philadelphia Eagles. The addition of the former No. 2 overall pick has brought a lot of excitement among Colts fans as Lucas Oil Stadium returns to full capacity this season.

WISH-TV currently takes the lead in Colts coverage with the only one-hour Colts pregame show, “Countdown to Kickoff” and the only Colts postgame show, “Real Mechanical Postgame Show”. WISH-TV is also the exclusive local broadcaster of the Monday Night Football game when Wentz and the Colts travel to Baltimore to take on the Ravens Oct. 11.