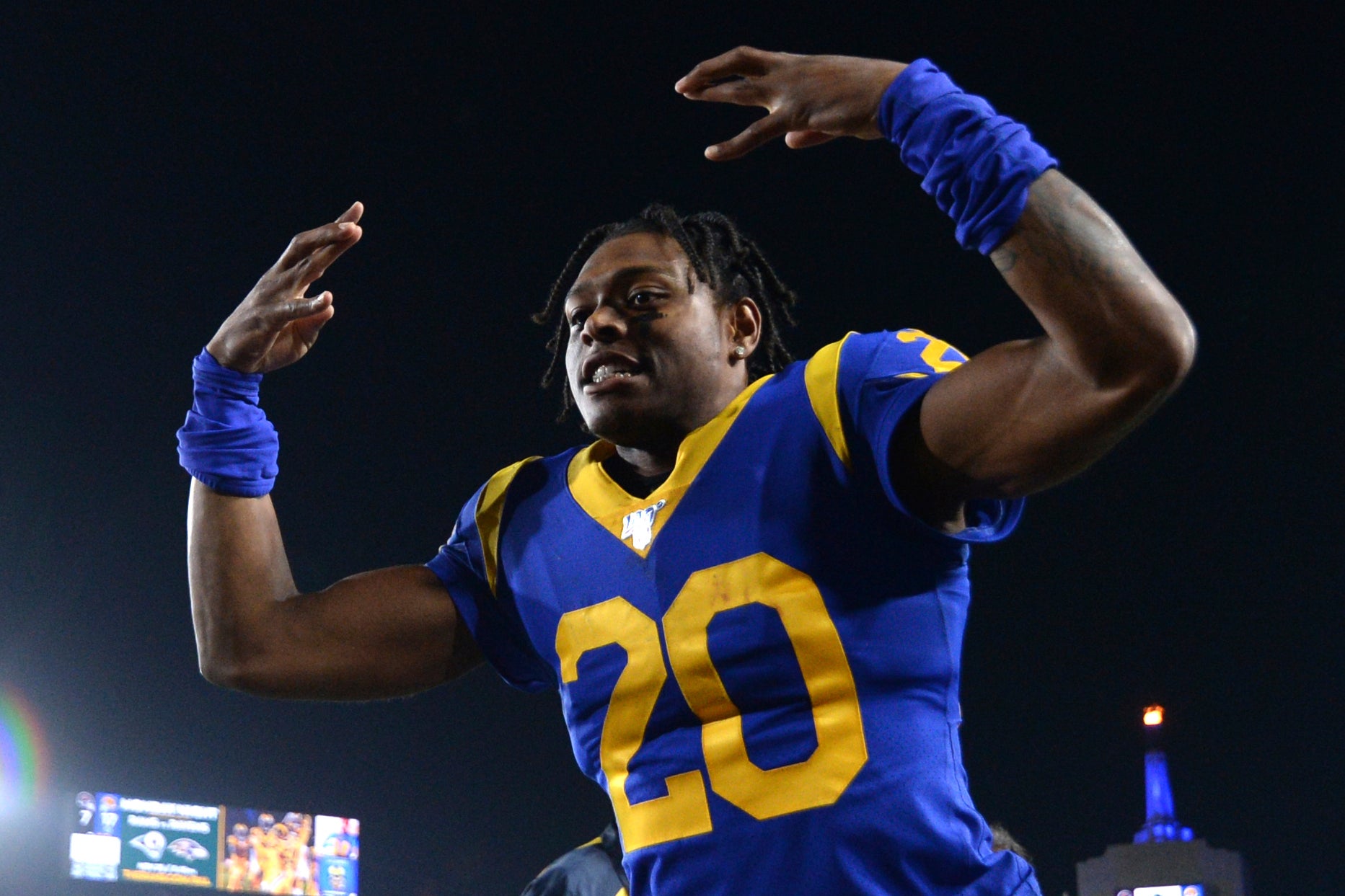 THOUSAND OAKS, Calif. (AP) — Jalen Ramsey will become the highest-paid defensive back in NFL history after agreeing to a five-year, $105 million contract extension with the Los Angeles Rams.

The extension announced Wednesday includes $71.2 million, the most guaranteed money ever given to a defensive back, according to Ramsey’s agent, David Mulugheta.

Ramsey will average $21 million per season, another record for a cornerback or safety, through 2025. Ramsey will make $13.7 million this season in the final year of his rookie contract.

The deal is another massive commitment by the Rams, who have handed out the largest contracts in NFL history at the time for a quarterback (Jared Goff), a running back (Todd Gurley), any defensive player (Aaron Donald) and a defensive back in a major spending spree since July 2018. The Rams made the Super Bowl for the 2018 season but lost to New England.

Los Angeles acquired Ramsey in a trade with Jacksonville midway through last season, giving up two first-round draft picks to secure one of the NFL’s elite cornerbacks. Ramsey had one interception and four pass deflections in nine games with the Rams while earning his third straight Pro Bowl selection.

His first 3 1/2 years in Jacksonville were marked by acrimony between the player and the Jaguars, both over his contract and his concerns about the team’s direction. Ramsey famously showed up to Jaguars training camp last year in an armored bank truck to emphasize his desire for a massive contract extension. He’ll need somebody to drive that truck to the other coast now.

Ramsey clearly has no concerns about the direction of the Rams, who barely missed the playoffs last season while going 9-7. Los Angeles general manager Les Snead is unafraid to pay elite talent, although it doesn’t always work out: He had to release Gurley in March before the star running back’s massive extension ever kicked in.

Ramsey also had no doubt he had found a home in Los Angeles: He went shopping for lavish houses during an early episode of the current season of HBO’s “Hard Knocks,” and he called the day he was traded by Jacksonville “one of the best days of my life.” Ramsey also recently committed to donate $1 million to Purpose Preparatory Academy, a school in his native Nashville.

The Rams have roughly $34 million in dead money on their salary cap this season, largely due to the lavish contracts given to Gurley and receiver Brandin Cooks, who was traded to Houston in the offseason just one year into his deal. In 2021, they’ll have to start paying the extensions for Goff and Ramsey, two of the top five picks in the 2016 draft.

The Rams also are discussing a contract extension with receiver Cooper Kupp, a third-round pick in 2017 who has played his way into an important role in coach Sean McVay’s offense. Safety John Johnson is also due for an extension at some point soon, but Ramsey’s deal will make it harder to pay another burgeoning talent.

Ramsey is likely to be more than just a cornerback this season with the Rams, who hired new defensive coordinator Brandon Staley to shake up their scheme despite an above-average defensive season in 2019. Ramsey has said he’ll play several roles on the new defense, not just as a cover cornerback assigned to one receiver.

Ramsey is now a cornerstone of that defense alongside Donald, who has a six-year, $135 million contract through 2024.

The Rams open their season Sunday night against the Dallas Cowboys at SoFi Stadium, their new home.