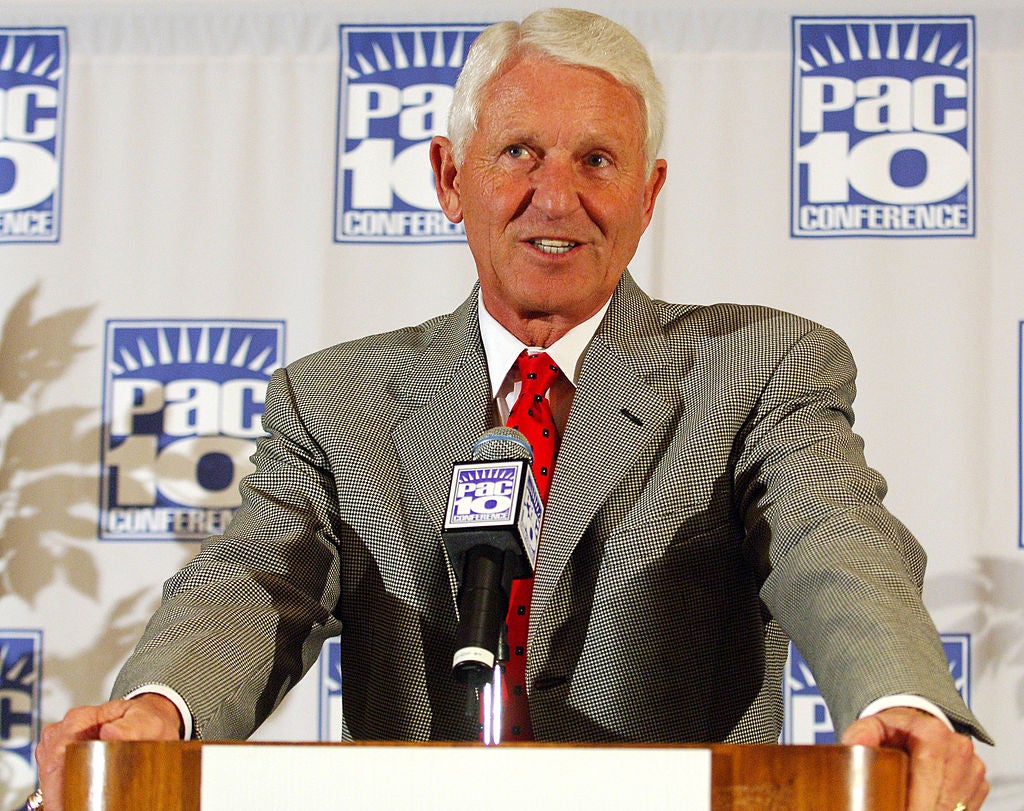 (CNN) — Lute Olson, who coached the Arizona Wildcats for 24 seasons from 1983 to 2008, passed away on Thursday at age 85, according to a statement from the University of Arizona.

Olson had 781 career coaching wins, with a record of 589-187 at Arizona. Olson was inducted into the Naismith Memorial Basketball Hall of Fame in 2002.

“Lute Olson was so much more than a basketball coach,” said University of Arizona President Robert C. Robbins. “He was an educator, a motivator, a husband, a father, a grandfather and a friend to so many. He was a true leader in every sense of the word and displayed such integrity and compassion in every endeavor. While Coach will no longer be with us, his presence will be felt for generations to come. On behalf of the University of Arizona, our community and generations of Wildcat fans, we extend our thoughts and prayers to the Olson family.”