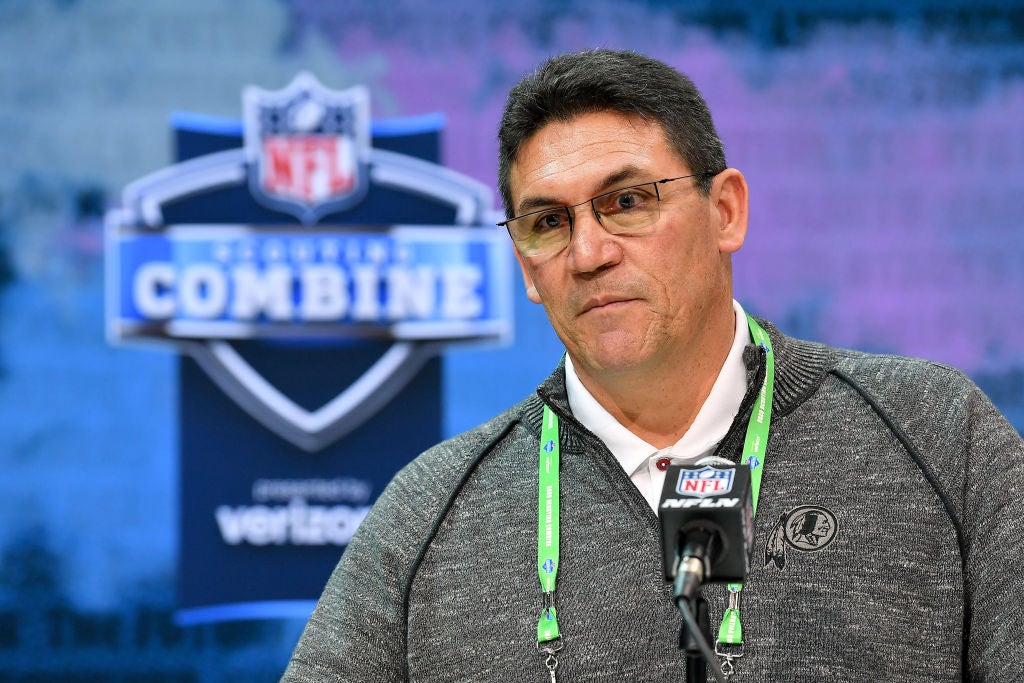 Prior to the statement, Rivera’s cancer diagnosis was first reported by ESPN’s Adam Schefter.

The team says the cancer is in a lymph node and was detected from a self-care check. The team also says that the cancer is in an early stage and is considered “very treatable and curable, providing a good prognosis for Coach Rivera for a full recovery.”

“For now, Coach has asked that the team keep things business as usual and remain focused, but a ‘Plan B’ is in place if it is determined that he should take some time off,” the team statement says.

The team also posted on Twitter on Thursday night, “We love you, @RiverboatRonHC. We’re all with you, Stephanie, Christopher, and Courtney.”

Jason Wright, recently named president of the team, tweeted, “Adding my prayers for health to the innate strength and deep resilience in @RiverboatRonHC’s body, mind, and Spirit.”

Rivera and his family thanked everyone for the outpouring of “love and support.”