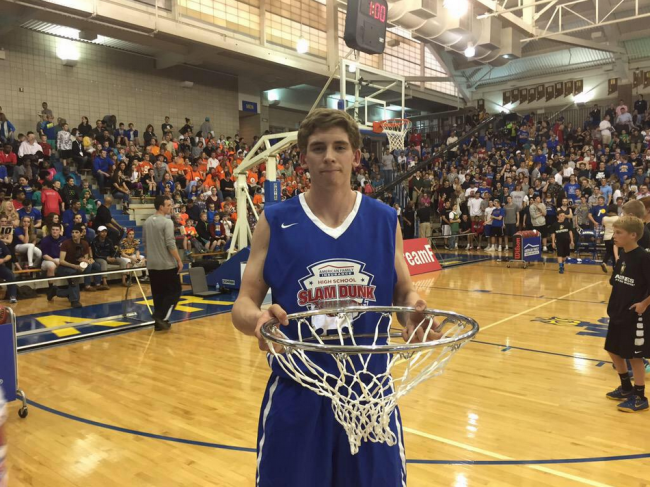 Cline had some homecooking and a full house at the Hound Pound to help, as he went head-to-head with Indiana native Jalen Coleman, who’s committed to Illinois.

Cline had the top score among the eight competitors and had no trouble advancing to the finals where he went up against Brevin Pritzl, who’s headed to Wisconsin.

Cline got off to a slow start, but hit eight straight, and won the title, 22-19. Before the contest, we asked him about competing one last time before the home crowd.

Cline will be heading to West Lafayette in the fall to play for the Purdue Boilermakers.