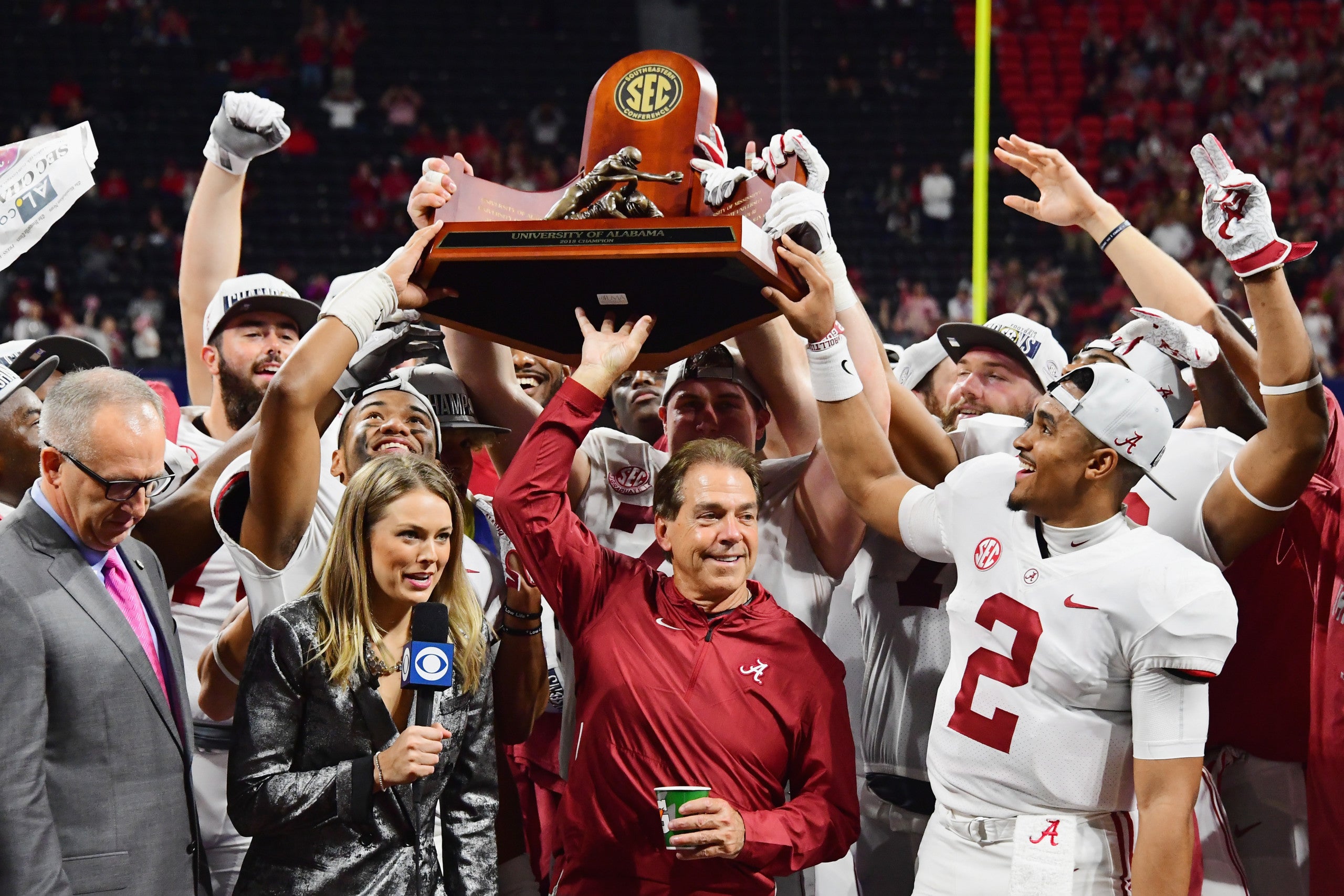 (CNN) — President Donald Trump repeatedly referred to the University of Alabama’s head football coach Nick Saban by the wrong name during a call on the eve of the state’s Republican runoff race.

As Trump praised Tommy Tuberville, the former head coach of Auburn University, he also lauded a football coach named Saban — just not the one who has secured five national championships for the state and built a dynasty in Tuscaloosa.

“Really successful coach,” Trump said of Tuberville, whom he’s vigorously endorsed in the race against his former attorney general Jeff Sessions. “Beat Alabama, like six in a row, but we won’t even mention that. As he said … because of that, maybe we got ’em Lou Saban … And he’s great, Lou Saban, what a great job he’s done.”

While Trump was correct in pointing out that Tuberville led Auburn to six straight wins over Alabama between 2002 and 2007, he may have been referring to Lou Saban, the former head coach of the Buffalo Bills in the 1960s who died in 2009. Lou Saban did have a brief stint at the University of Miami, where he lost to Alabama and Bear Bryant in the 1970s.

Trump hosted Nick Saban and the Alabama football team at the White House in 2018 after he briefly attended the national championship in Atlanta. Last November, he sat in a box inside Bryant-Denny Stadium in Tuscaloosa for the Alabama-LSU game.

The White House and Trump campaign did not respond to a request for comment. Tuberville did not correct Trump during the call, according to a source familiar, in a move widely seen as a major faux pas in a state that treasures college football.

The mistake comes as Trump hopes to convince Alabama voters to follow his lead by rejecting Jeff Sessions’ bid to reclaim his old Senate seat. Trump fired Sessions as his attorney general in 2018 after never forgiving him for recusing himself from overseeing the Russia investigation, which he says was recommended by Justice Department lawyers. Sessions gave up a safe Senate seat he held for two decades to become Trump’s attorney general.

Trump has met Tuberville and spoken to him several times over the last several months, but does not personally know him well. During Monday night’s call, Trump said that Tuberville would have a “direct line” to the Oval Office.

“We had the Jeff Sessions thing. We gave it a shot. I had no idea it could be as bad as it was, but he had no clue and he just let it get away from him,” Trump said.

Trump has endorsed his former attorney general’s opponent in the race, but Sessions has repeatedly highlighted that Trump endorsed two different candidates in the last Senate special election in Alabama. Both candidates lost and a Democrat filled the seat for the first time in nearly 30 years.

“As you know, Alabama does not take orders from Washington,” Sessions said.

The mistake also comes days after Trump bragged that he “aced” a cognitive exam he “very recently” took at Walter Reed National Military Medical Center. The President has repeatedly cast doubt on former Vice President Joe Biden’s mental fitness in the run up to the November election, but he did not reveal when or why he took the exam. The White House declined to provide additional details.

“I actually took one when I ,very recently, when I, when I was — the radical left were saying, is he all there? Is he all there? — And I proved I was all there, because I got I aced it. I aced the test,” Trump told Sean Hannity of Fox News.

The last confirmed cognitive assessment Trump underwent was part of his 2018 physical, when the White House physician said Trump asked to take the test. The Montreal Cognitive Assessment is a straightforward, 30-question test that involves properly drawing a clock and identifying animals such as a camel.