Denver, other Rocky Mountain cities dig out from 27+ inches of snow 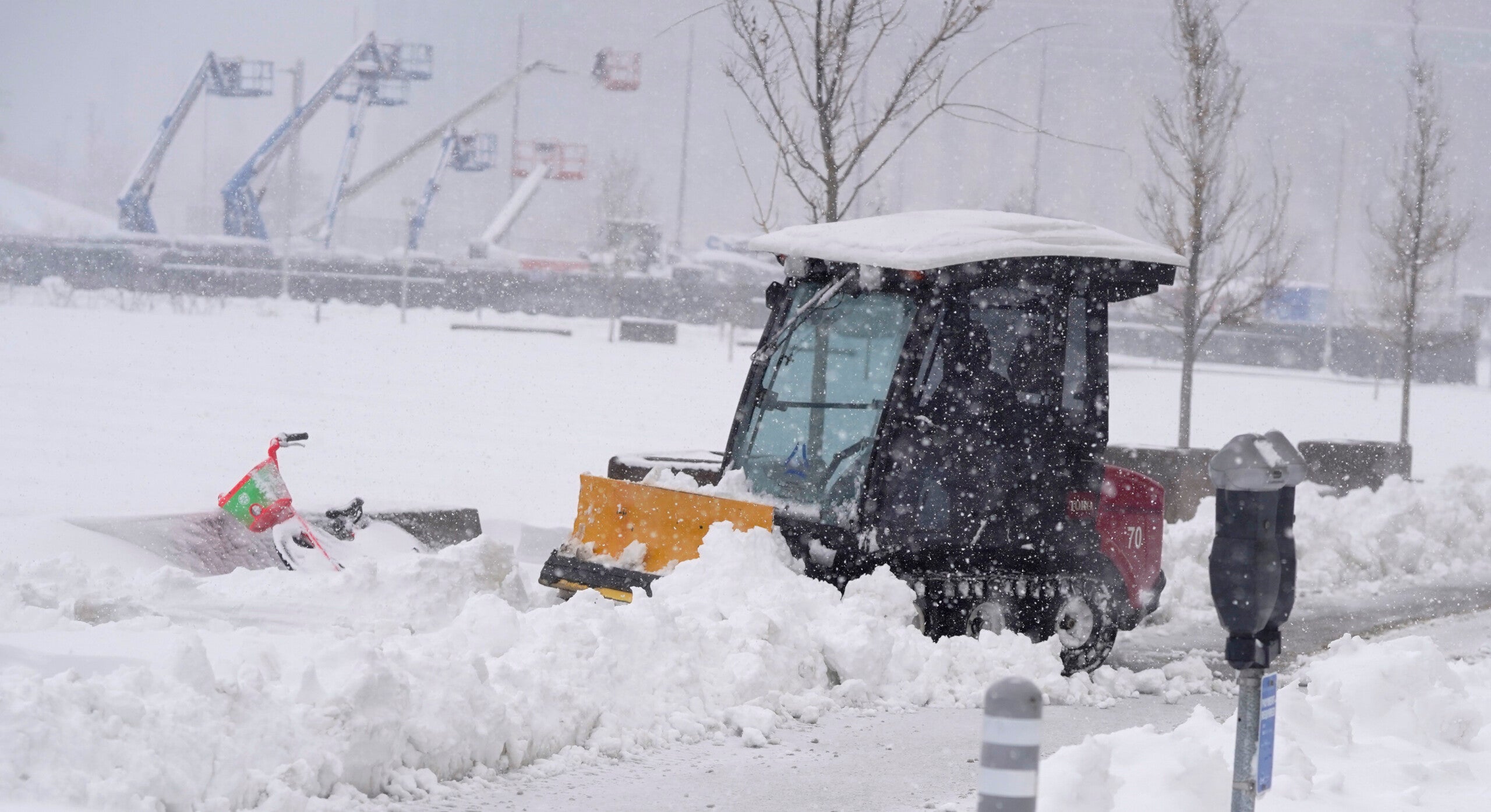 A maintenance worker uses a plow as a snowstorm rips across the intermountain West Sunday, March 14, 2021, in Denver. Forecasters are calling for the storm to leave at least another six inches of snow during the day before moving out on to the eastern plains. (AP Photo/David Zalubowski)
by: Ralph Ellis, Christina Maxouris and Haley Brink, CNN
Posted: Mar 15, 2021 / 04:37 PM EST / Updated: Mar 15, 2021 / 05:22 PM EST

(CNN) — Denver is digging out from one of the heaviest snowstorms in the city’s history.

More than 27 inches of snow had been reported at Denver International Airport as of early Monday, marking Denver’s fourth-heaviest snowstorm since records were kept in 1881, CNN meteorologist Dave Hennen said.

Though the storm was pretty much over by Monday afternoon, more than 16,000 customers remain without power in Colorado, according to PowerOutage.US. Most of the outages are concentrated in Weld and Larimer counties, just north of Denver, according to the website.

Across the state, several major roads were closed, including two stretches of interstates.

Thousands of flights at Denver International were canceled. The airport tweeted that runways were closed to flights Sunday and would remain closed until at least 2 p.m. Monday as crews cleared snow off the runways.

Gov. Jared Polis’ office closed all state government offices in Denver and surrounding counties for the day because of the extreme weather conditions.

Storm now heading to the Midwest

The snowstorm is now pushing into the Midwest, including areas just south of Minneapolis and just west of Chicago.

As much as 6 to 8 inches of snow is forecast Monday across portions of southern Minnesota and northern Iowa, making for slow travel and potential airport delays.

Boulder saw about 8 to 12 inches of snow, and the town of Estes Park has had just over a foot. Over 50 inches fell in Windy Peak, Wyoming.

The Colorado Avalanche Information Center said there is a “considerable” avalanche threat for the Front Range through Tuesday.

Heavy and intense snowfall from the current storm will cause large and destructive avalanches at all elevation levels, above and below the tree line, and in “unusual locations,” according to the center.

Southeast of Denver, Elbert County has declared a state of emergency due to worsening weather conditions, a tweet from the county’s public information officer said.

“Please be advised that abandoned vehicles that impede snow clearance and rescue operations may be towed or otherwise moved to allow emergency crews to ensure the safety of our citizens,” the tweet said.

As the storm system moves east over the next day or two, the Southeast could also face flooding.

Parts of Alabama and Georgia could see between 2 and 4 inches of rain Monday and Tuesday.

The weather service in Atlanta warned “multiple rounds” of rain and storms were expected Monday through Thursday with rainfall totals hitting 2-3 inches.