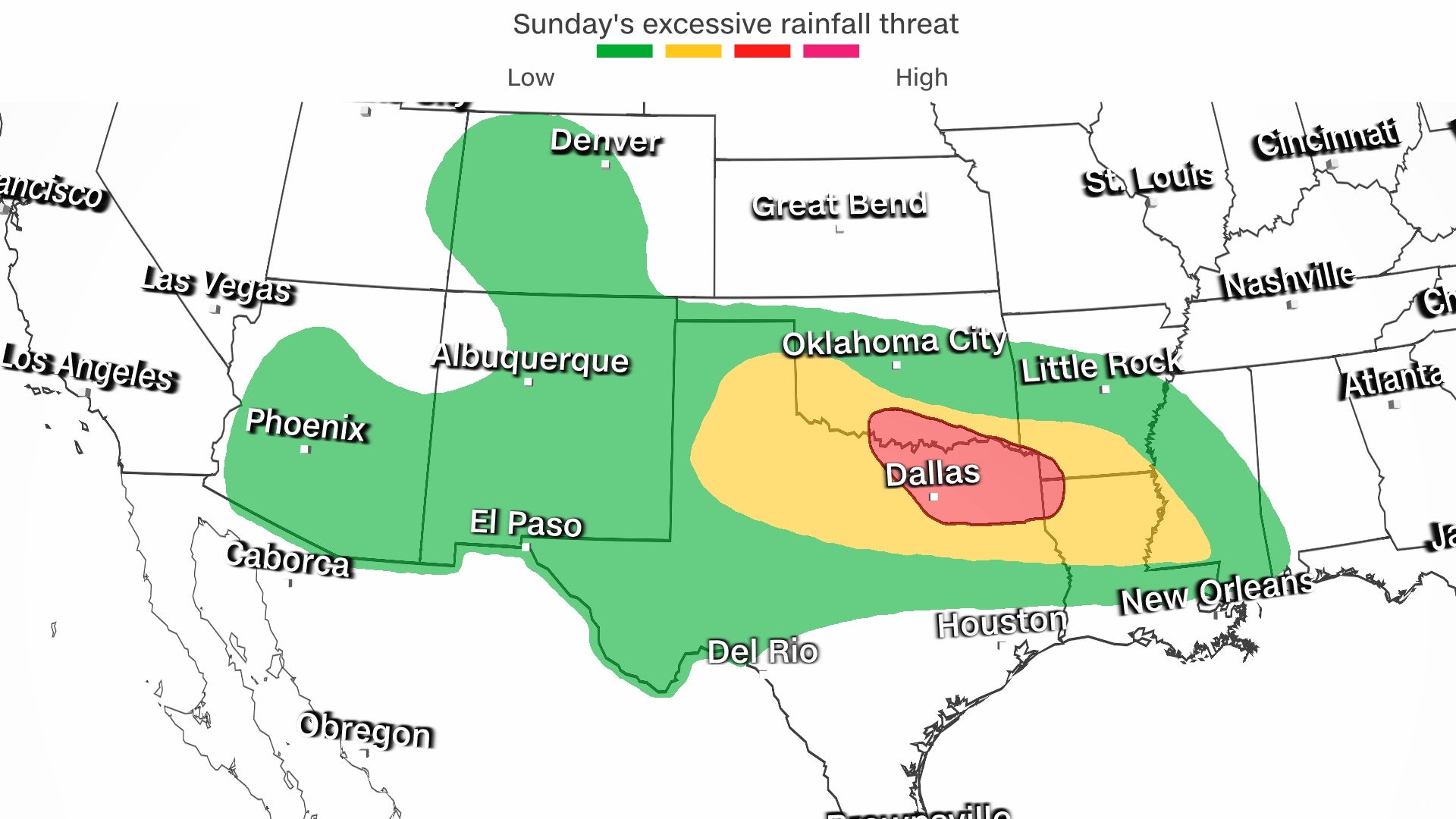 (CNN) — After heavy rain and flash floods in parts of the Southwest this weekend, more than 14 million people across the southern Plains were under flood watches and warnings Sunday, including the Dallas-Fort Worth metroplex and Shreveport, Louisiana.

About 3 to 5 inches of heavy rain had already fallen across the Texas-Oklahoma border. More rain was expected in the watch area, which also included Austin and Waco, through Monday with anywhere from 4 to 8 inches forecast. Some areas may get more than 8 inches and excessive runoff may result in flash flooding of rivers, creeks, streams and other low-lying and flood-prone locations.

“We don’t know which areas will receive the 8+ inches of extreme rainfall, but if it does occur near you, significant flash flooding will result,” the National Weather Service office in Fort Worth/Dallas warned.

“Everyone in the watch area should plan on extra commuting time, especially on Monday morning,” the weather service said.

A Level 3 out of 4 “moderate risk” of excessive rainfall has been issued by the Weather Prediction Center, mainly across northern Texas, where as much as 3 inches of rain was expected per hour during the heaviest storms on Sunday.

“Much of this rainfall will be beneficial and welcome due to the effects of an ongoing drought, but the potential still exists for instances of flash flooding in urban areas and places with poor drainage,” the center said.

Some rainfall persisted in parts of Arizona and New Mexico on Sunday following floods in parts of the Southwest on Saturday.

In Utah, several hikers were “swept off their feet” Friday in Zion National Park by a flash flood. Search and rescue team members were still working to find a missing hiker near the Virgin River, the park said Saturday.