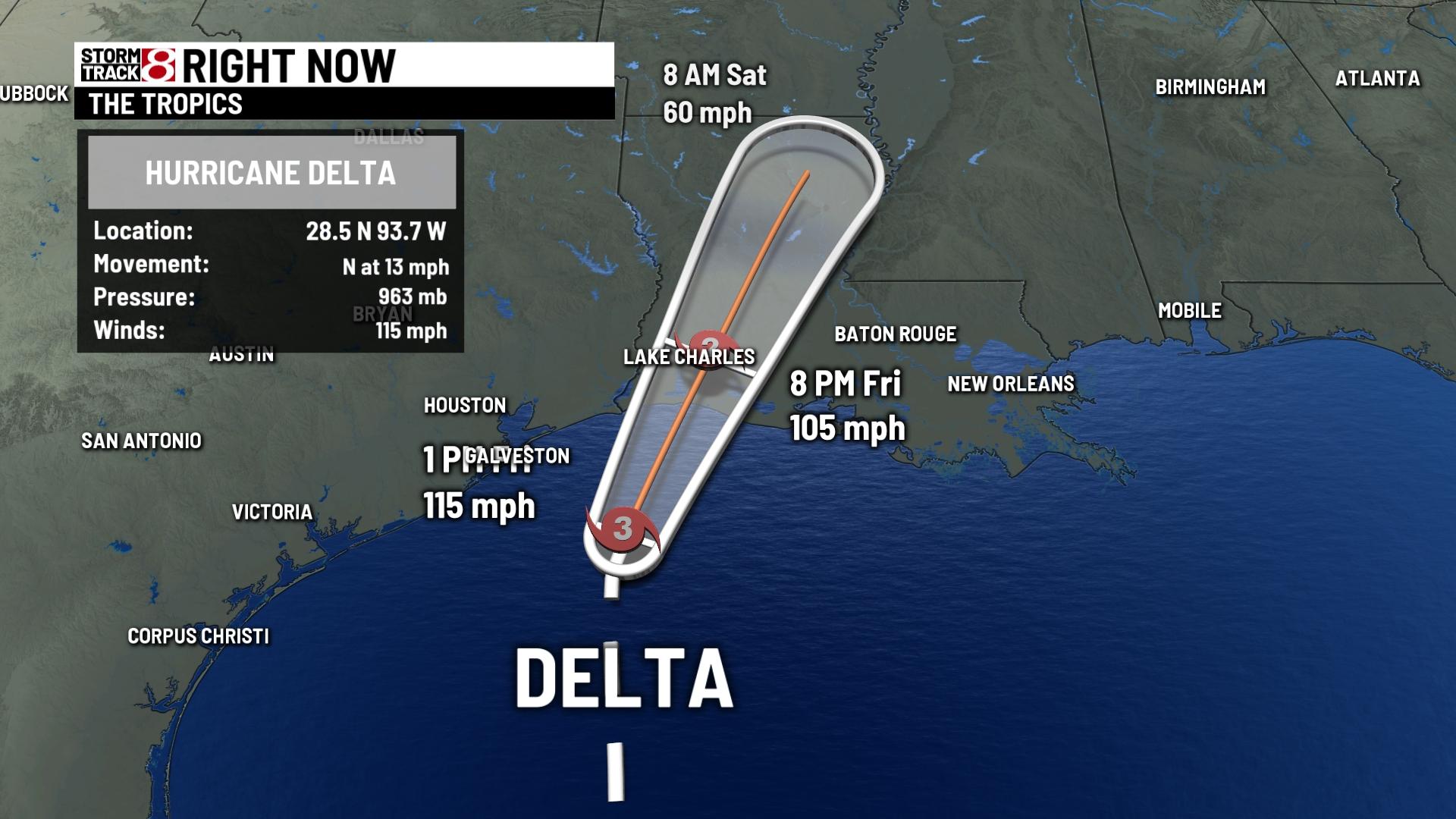 The center of the hurricane made landfall about 6 p.m. near the town of Creole with top winds of 100 mph (155 kph), though it rapidly grew weaker. Within an hour of Delta hitting land, the National Hurricane Center downgraded it to a Category 1 storm with 90 mph (150kph) winds.

Still, forecasters warned Delta’s storm surge that could reach up to 11 feet (3.4 meters), and flash flood warnings were posted for much of southwest Louisiana and parts of neighboring Texas.

As the 10th named storm to strike the continental U.S. this year, Delta’s arrival snapped a century-old record.

INDIANAPOLIS (WISH) — Rain bands from Hurricane Delta are moving into much of Louisiana. As of Friday afternoon the Category 3 storm has winds in excess of 115 mph.

It will make landfall either as a Category 3 or may weaken to a Category 2 storm Friday evening. The storm’s path brings it within 30-50 miles of where Hurricane Laura made landfall back in late August.

Even though Delta is not as strong as Laura it will still cause significant damage.

Storm surge, which is the wall of water produced by heavy winds may reach 7-11 feet in parts of central Louisiana. Rainfall may exceed 5-10 inches which will cause severe flooding. Strong winds and tornadoes will also be likely.

Delta is the fourth storm to make landfall in Louisiana during this busy hurricane season. Tropical Storm Cristobal, Hurricane Laura and Topical Storm Marco all made landfall earlier this year.

The last time multiple hurricanes hit Louisiana was back in 2005. Those were hurricanes Cindy, Katrina and Rita.