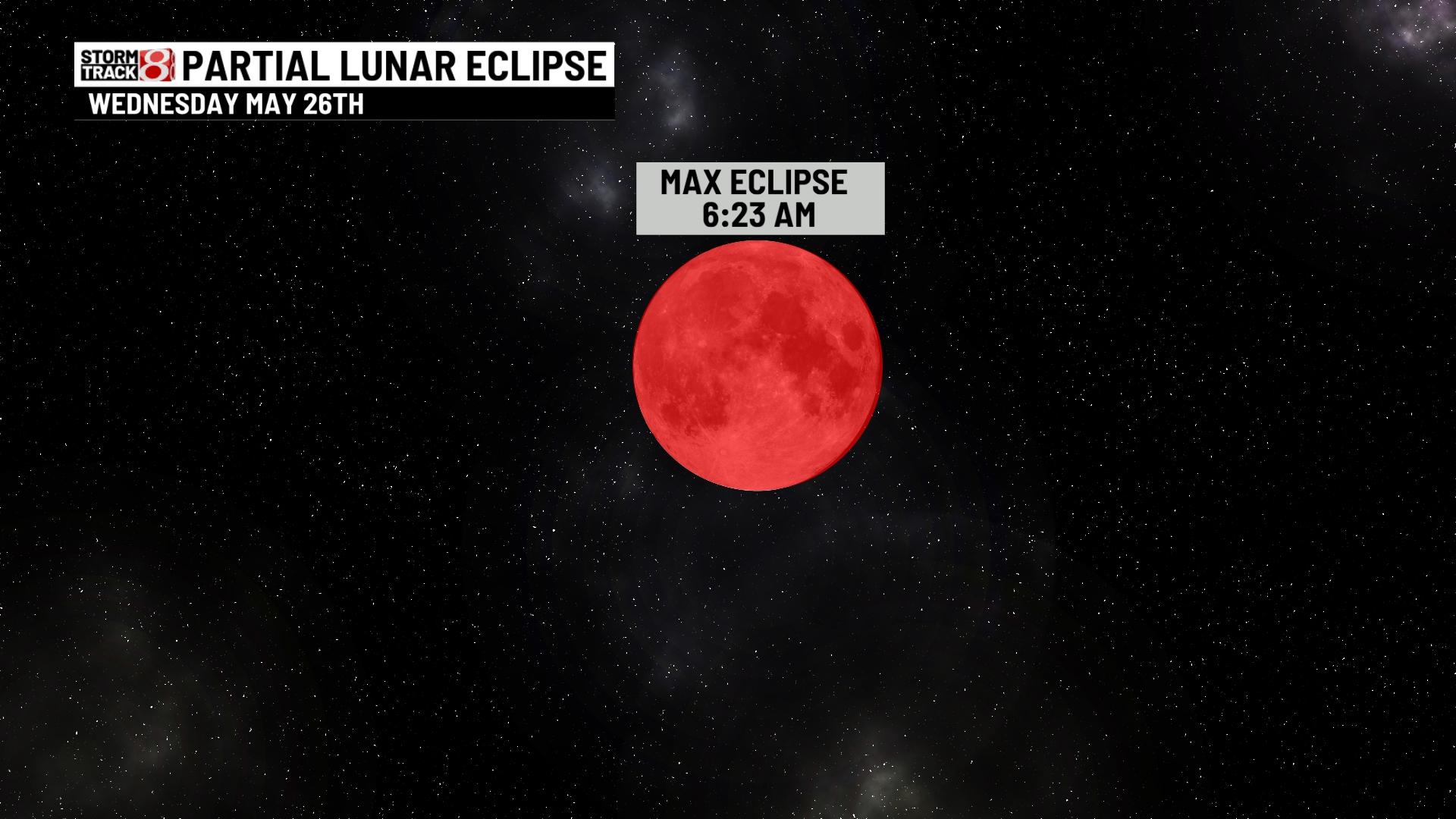 On Wednesday May 26, the full moon will move into Earth’s shadow creating a total lunar eclipse but only a partial eclipse will be visible in Indianapolis. What makes this particular event neat is this full moon is known as a supermoon. The moon travels around the Earth in an elliptical orbit and at times is close to the Earth and farther away from it. The term supermoon is when the moon is at its closest point to the Earth.

The moon begins to enter the penumbra, or outer part of the Earth’s shadow around 4:47 a.m. At this time you may notice a slight dimming of the moon.

The partial lunar eclipse begins around 5:44 a.m. this is when you may begin to notice a red or orange hue on the moon. The maximum eclipse occurs around 6:23 a.m.

The moon sets around 6:26 Wednesday morning so the eclipse will officially be over in Indianapolis by then.

The event will last about a total of 1 hour and 38 minutes.