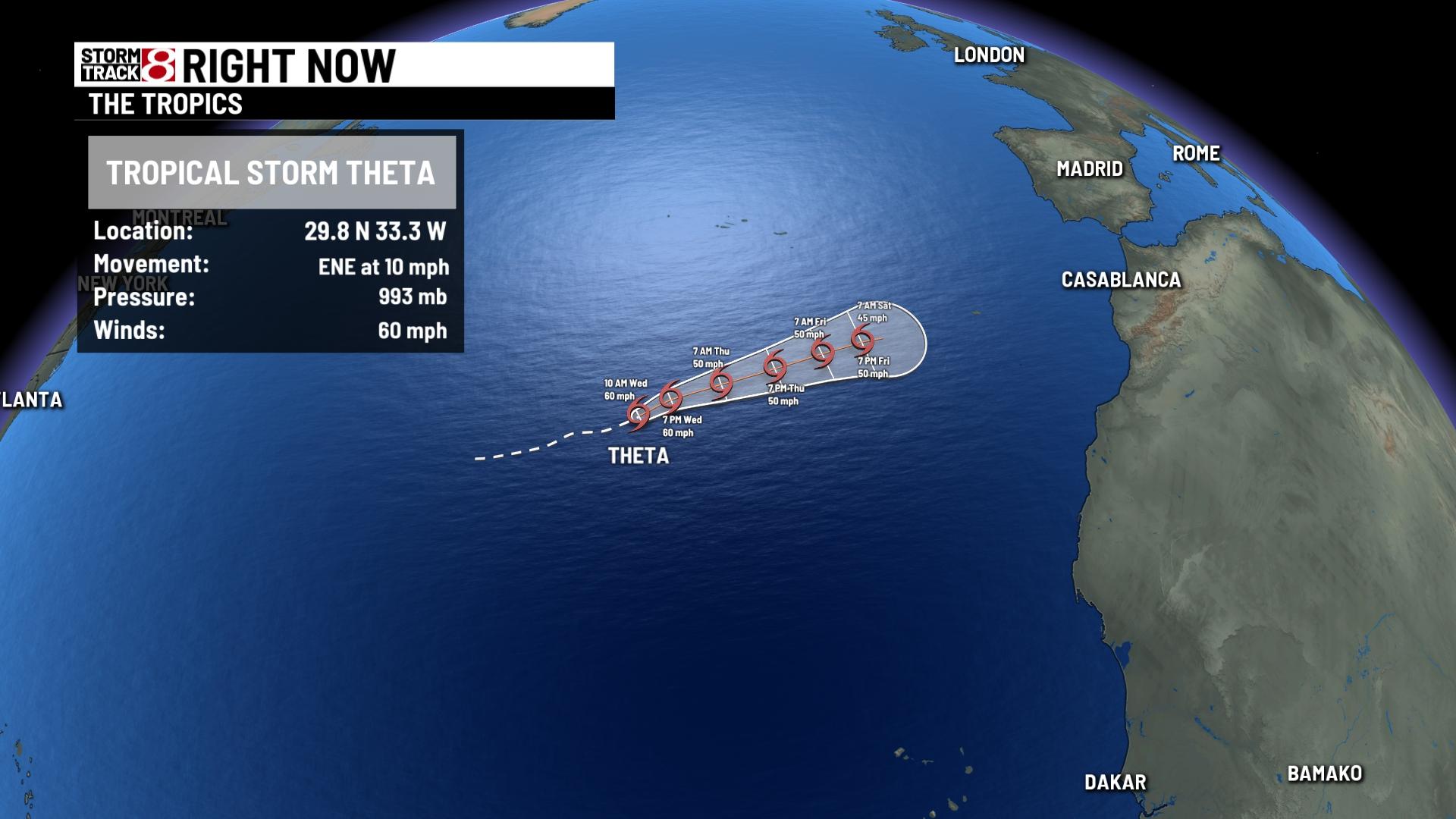 INDIANAPOLIS (WISH) — The 2020 Atlantic Hurricane Season has been busy, and now it’s record-breaking. Tropical Storm Theta has formed, which is the 29th named storm this season. The storm is off in the Atlantic and the forecast calls for it to stay as a tropical storm and move east.

Tropical Storm Eta is now moving closer to Florida. Earlier Wednesday it strengthened to a Category 1 hurricane, but has since dropped back to a tropical storm. Since Eta reached hurricane strength earlier Wednesday, it’s the latest hurricane in the calendar year since Hurricane Kate in 1985.

The forecast has Eta moving across the northern part of Florida and into the Atlantic by the end of the week.

Western Florida will see the brunt of the storm with high winds, 2-4″ of rain and storm surge around 4-6 feet.

It is unusual to see two named storms this late in the year. We haven’t seen two storms at once this late since 1887.

So far this year we’ve had 29 named storms, which breaks the old record of 28 set back in 2005. There have been 13 hurricanes and 5 of those storms have been considered major, which is Category 3 or higher.