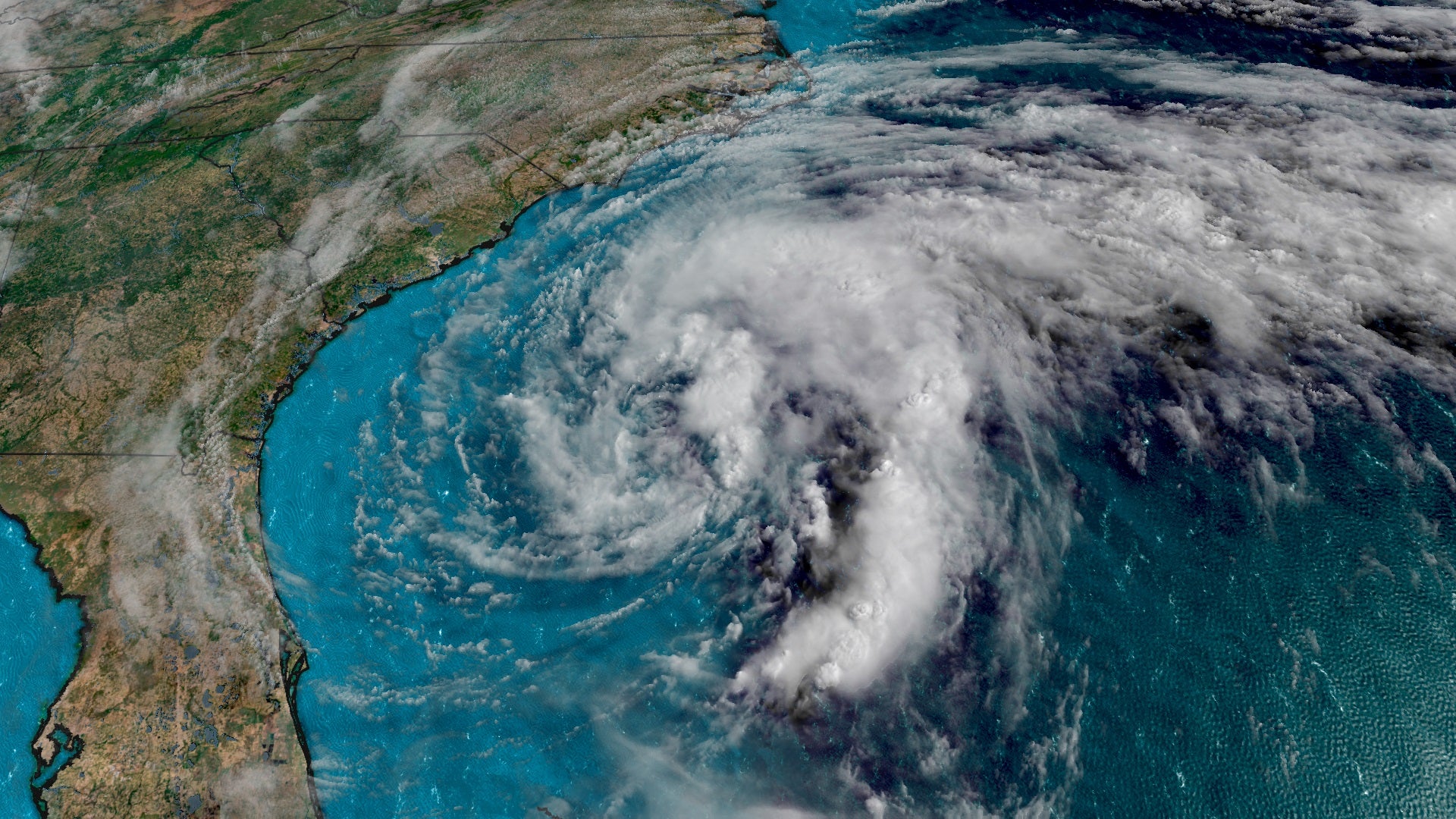 (CNN) — Tropical Storm Arthur, the first named storm in the Atlantic for 2020, will bring high surf, heavy rains and strong winds to the coast of North Carolina.

As of Monday morning, Arthur was located 45 miles east-southeast of Cape Hatteras, with sustained winds of 45 mph, the National Weather Service said.

A tropical storm warning extends from Surf City, more than 200 miles north across the Outer Banks, to Duck, the weather service said. The warning includes the Pamlico and Albemarle sounds.

The storm, which is moving north-northeast at 15 mph, is not expected to make landfall. Arthur is forecast to turn to northeast and pick up speed as it heads toward North Carolina, skirting the coast Monday before moving back east into the ocean late Monday night.

Tropical storm force winds will extend outward up to 90 miles from the center. Officials are telling the public to be prepared as the storm is expected to strengthen in the next 48 hours.

Arthur is expected to lose its tropical storm status by Tuesday, the weather service said.

The official start of hurricane season is two weeks away, but North Carolina is already preparing residents to keep their eyes on Arthur as the storm ramps up.

“Everyone in our coastal areas should remain aware and cautious as Arthur brushes our coast on Monday,” Gov. Roy Cooper said in a press release issued Sunday. “Pay close attention to the forecast and don’t take chance in dangerous surf.”

Strong winds will arrive early Monday and persist until the evening. Sustained winds of 45 mph are possible, with more powerful gusts. Scattered power outages are also possible, the release from the governor’s office said.

“This early season storm reminds us that we always need to be prepared for severe weather,” North Carolina Emergency Management Director Mike Sprayberry said in a press release issued Sunday.

Arthur is expected to hit the state’s Outer Banks hard. The area could see gusts between 50-65 mph and between one to three inches of rain, with isolated rainfalls of five inches in some areas.

Heavy surf, life-threatening rip currents and dangerous marine conditions were already present on the coast Sunday and will continue Monday along the entire coast.

Red and purple flags were flown Sunday to indicate dangerous rip current conditions and dangerous marine life, after Portuguese men-o-war washed up on beaches the past two days.

“It is very likely that the storm in the Atlantic is effecting our surf conditions,” she said. “But it’s not uncommon to have rough surf and dangerous rip current conditions this time of year.”