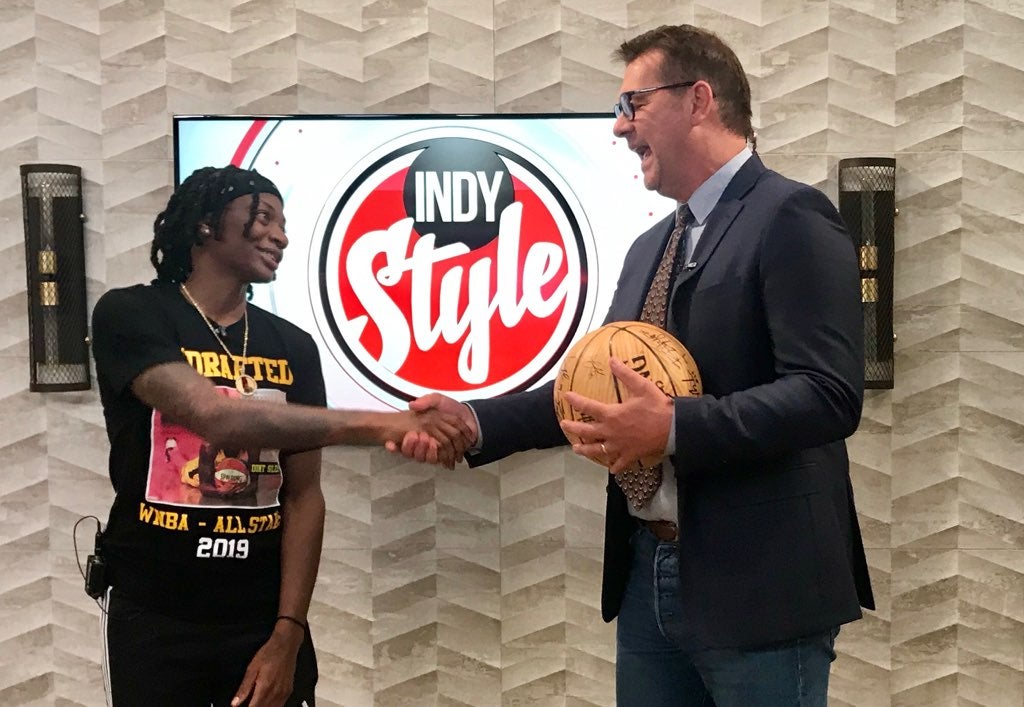 Quite a story. Quite a journey.

Indiana Fever Point Guard Erica Wheeler comes into our Indy Style studios with a new title: the WNBA All-Star Game MVP (only the fifth undrafted player ever to play in All-Star Game; the first to be named All-Star MVP).

Erica joins Tracy to chat about the crowning moment Saturday and how she really felt when the crowd grew silent.

For Fever ticket information and a chance to see the MVP, visit FeverBasketball.com.