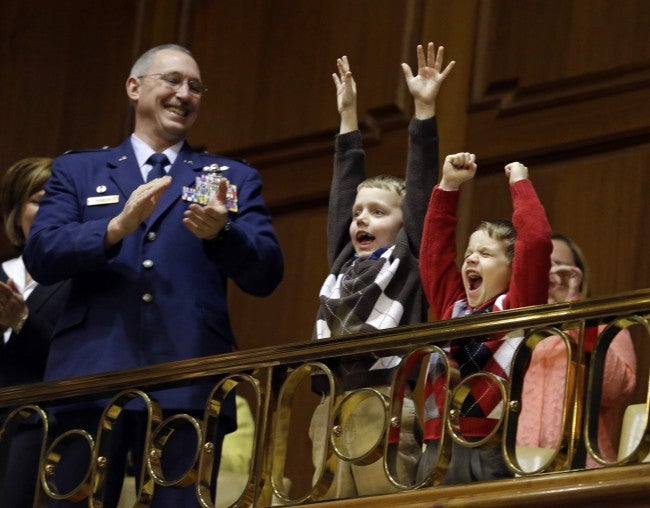 Pence recognized 8-year-old Jacen and 5-year-old Ben Troxell as examples of generosity for their work raising more than $20,000 in donations to buy body armor for Indianapolis police officers. They began their campaign after the shooting death last summer of Indianapolis Officer Perry Renn, who once was a police partner of their father.

After Pence introduced the Troxell brothers Tuesday night, they both walked to the railing of the Indiana House balcony. They raised their hands and jumped up and down as legislators and others in the crowd applauded.