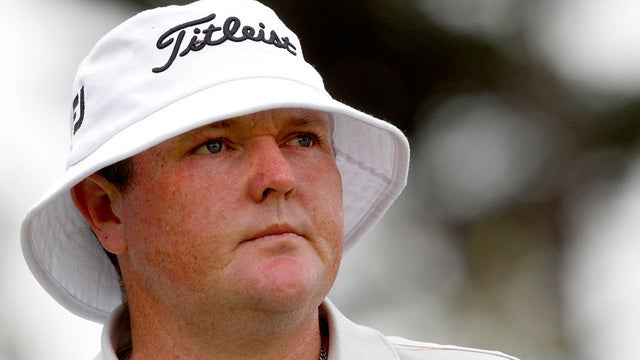 MELBOURNE, Australia (AP) — With a contagious smile, a sense of humor and a deep determination to keep playing golf, Jarrod Lyle endeared himself to people around the world during a long struggle against cancer.

The 36-year-old Australian golfer died Wednesday night at his home near Melbourne among family and close friends, the week after opting to forego further treatment and enter palliative care.

“It breaks my heart to tell everyone that Jarrod is no longer with us,” his wife, Briony Lyle, said in a statement released by Golf Australia on Thursday. “He asked that I provide a simple message: ‘Thanks for your support, it meant the world. My time was short, but if I’ve helped people think and act on behalf of those families who suffer through cancer, hopefully it wasn’t wasted.'”

Lyle, who won twice on the Nationwide Tour in 2008, was first diagnosed with acute myeloid leukemia as a teenager and suffered recurrences in 2012 and 2017. He was survived by Briony and two daughters.

“Lusi, Jemma and I are filled with grief and now must confront our lives without the greatest husband and father we could ever have wished for,” Briony Lyle said. “At the same time, we have been blessed and overwhelmed with the messages and actions of support from around the world and feel comforted that Jarrod was able to happily impact so many people.”

Golf Australia paid respects with a video and said the game “has lost one of its greatest characters.”

Lyle was diagnosed in 1999 and spent much of the next nine months in a hospital in Melbourne.

He gradually returned to golf and reduced his handicap to scratch before turning professional in 2004. He qualified for the Asian Tour in 2005 and started playing on the second tier of the U.S. tour in 2006.

After an another setback he made an emotional comeback from 20 months out of competitive golf during the 2013 Australian Masters before using a medical exemption to play on the U.S. PGA Tour in 2015.

Lyle underwent a bone marrow transplant last December but last week decided not to continue with treatment after saying he’d “reached his limit.”

Lyle’s sense of humor and courageous comebacks made him popular with fans and fellow golfers.

Robert Allenby, who has four wins on the PGA Tour among his 22 worldwide, has known Lyle for 20 years — their first meeting when he signed an autograph at the Australian Masters for a then 16-year-old fan and the second when Lyle was first in hospital the following year.

“We met because I was his hero. He has been mine ever since,” Allenby wrote in a recent tribute on Players Voice. “What I would come to realize over time is that Jarrod possesses a determination, grit and inner strength unlike anybody I’ve met in my life.”

Another Australian golfer, Greg Chalmers , said was “through a river of tears I say goodbye to my friend Jarrod Lyle.”

“A wonderful father, friend and golfer. Quick with a joke, didn’t mind a beer, and just a pure joy to be around every day,” Chalmers posted on Twitter. “Miss you mate. RIP.”

Jason Day, who is among the Australians playing this week at the PGA Championship in St. Louis, said he was “deeply saddened” by the passing “passing of my friend Jarrod Lyle. Jarrod will forever be an inspiration to us alI.”

Marc Leishman, also at the championship, said the golf community was saddened.

“It’s a life taken way too soon,” Leishman told the Australian Associated Press. “”He showed us how to face the toughest times with the utmost positivity and his fight to the very end was so inspiring.”

The European Tour posted a tribute on social media with footage of Lyle’s hole in one at the Australian PGA championship in December, 2016, with a message saying “Full of joy and determination, on and off the course. This is how we’ll remember Jarrod.”

PGA Tour Commissioner Jay Monahan said Lyle “was a true inspiration in the way he faced cancer with a persistently positive attitude and he carried himself with incredible grace, dignity and courage through the recurrences of this relentless disease.”

Monahan pledged to Lyle’s family “that Jarrod will never be forgotten; we will continue to honor his life and legacy, and that includes helping to support the needs of his family in the months and years to come.”

The family said a private family service would be held in the coming days with a public memorial service in Torquay, near Melbourne in Victoria state, at a later date.