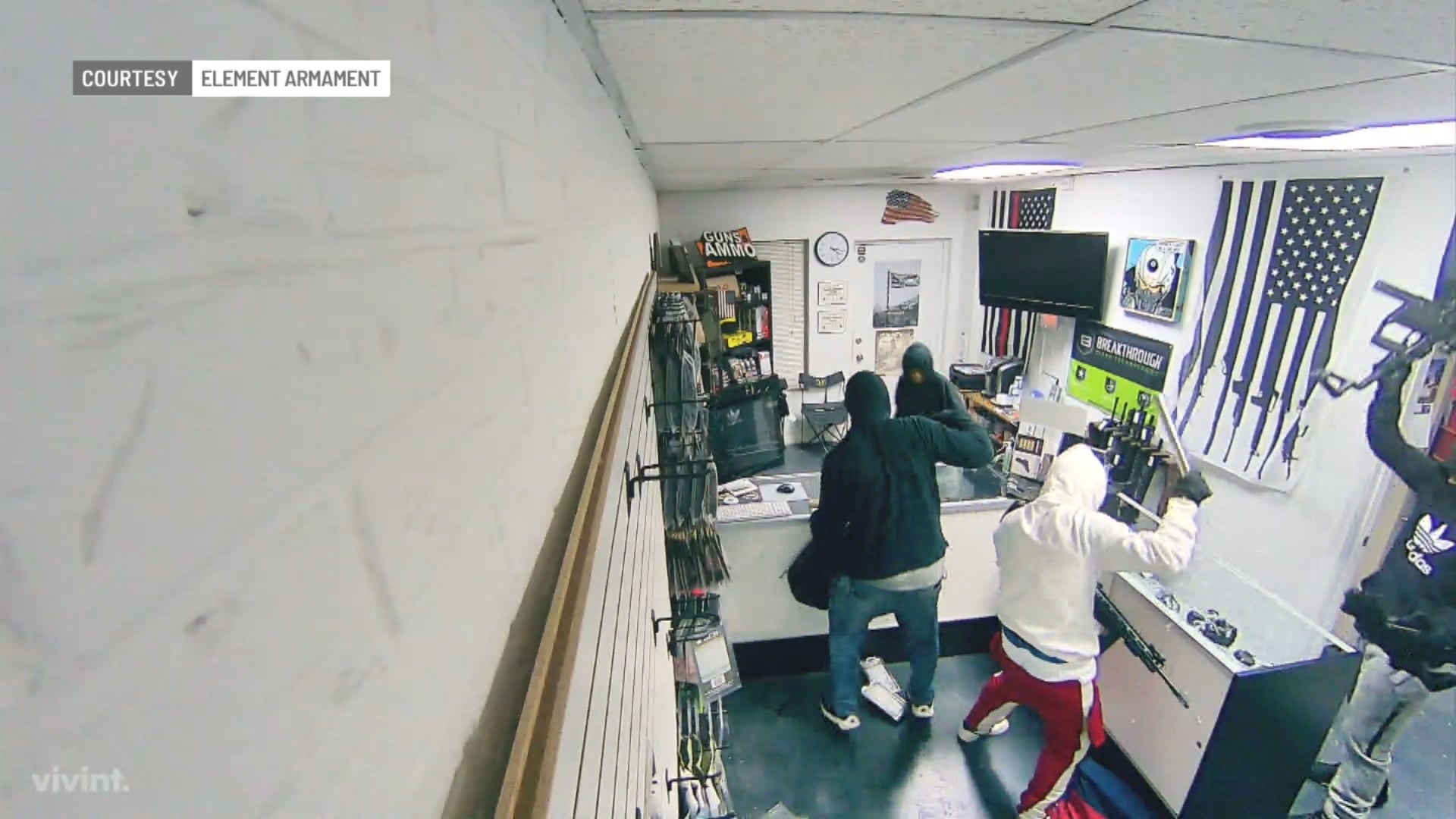 NEW WHITELAND, Ind. (AP) — Authorities say they’ve arrested suspects after 33 handguns and rifles were stolen from a central Indiana gun shop in a matter of minutes.

New Whiteland Police Chief Joe Rynerson tells the Daily Journal that all the suspects involved in Saturday’s burglary at Element Armament in New Whiteland are believed to be teenagers. Federal charges are expected and efforts are ongoing to recover the missing guns.

Surveillance video showed five people initially described by police as men breaking into the shop. All were wearing black or white hooded sweat shirts. Their faces were partially covered and they were wearing gloves. Authorities say a sixth person might have been involved as a driver.

The federal Bureau of Alcohol, Tobacco, Firearms and Explosives also is involved in the investigation.