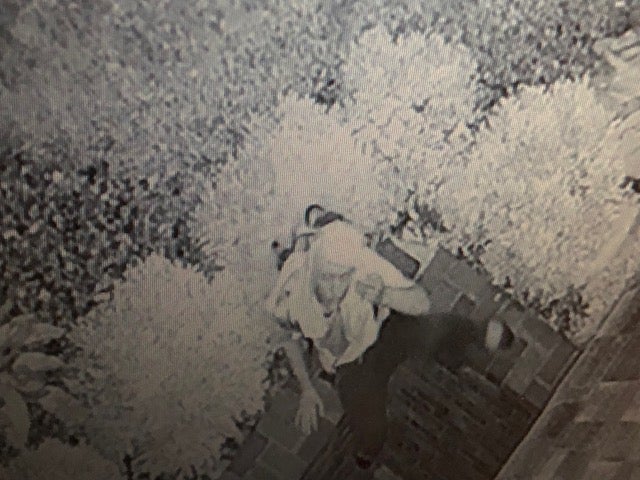 GREENWOOD, Ind. (WISH) — Detectives in Johnson County are asking for the community’s help to figure out who is behind a rash of vehicle break-ins, at least one caught on surveillance footage.

Justin Peters wasn’t happy, of course, when his van was broken into. But he also wasn’t too surprised.

“The doors were unlocked. The window was down about three inches, unbeknownst to me. He just got right in. It was easy,” said Peters.

The thief stole a gas card, a check from his checkbook, his designer sunglasses and about $140 in cash that was to be donated to a football fundraiser.

“It’s all materialistic as far as I’m concerned. But when you take money from kids, that’s a huge, huge issue for me,” he said.

In one case, police say someone broke the lock on a center console, stealing a digital camera. Right next door, investigators believe the same person broke into a car and stole loose change. Surveillance video shows a person detectives believe then tried to enter the home.

“What’s the endgame for that person? For the suspect? What’s he trying to gain? No good can come from trying to break into somebody’s house,” Talley said.

Authorities recommend people become familiar with their neighbors and the normal activity in their communities. They suggest people alert neighbors if something seems out of place, lock doors and be sure not to leave valuables in vehicles.

“Most of the time my van is in the garage. I just had some stuff from football and couldn’t get my van in there. Just so happened to be bad luck,” said Peters about the break-in on Wednesday.

Talley encourages neighbors in El Dorado and Eagles Landing to review surveillance video from Wednesday morning from 1 a.m. to 7 a.m. The sheriff’s office has also put out a flyer with more information.

If you have any information that could help in this investigation, call the Johnson County Sheriff’s Office tip line at 317-346-4654.