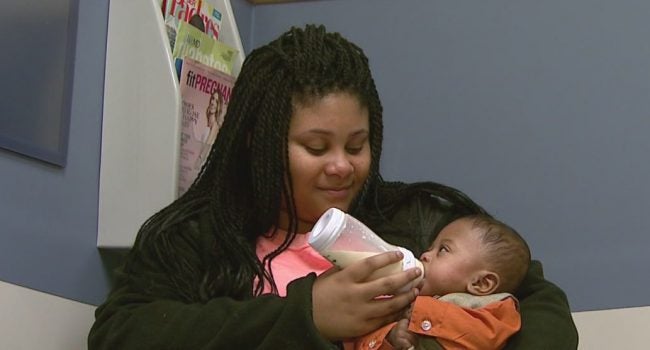 INDIANAPOLIS (WISH) — A care team at Riley Hospital for Children at IU Health has reunited with a mother and her baby, who suffered a life-threatening intestinal disorder when he was born.

According to a release, on July 5, 2016, Alexis McGraw, a new teen mom, delivered premature twin boys. After they were delivered, she learned they both suffered from the life-threatening condition.

The survival rate of a baby with this condition is 50 percent, and only one of the twins survived.

Jaden weighed less than one pound at birth. A surgeon said Jaden fit in the palm of his hand and was the smallest baby he had operated on. His care team now calls him the “miracle baby.”

Jaden is seven months old but looks like a two to three-month-old.