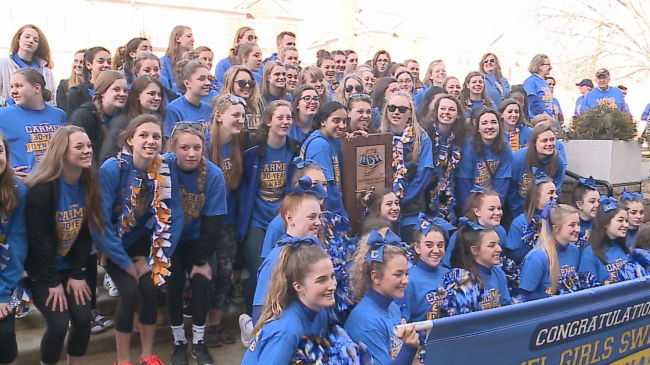 Since 1986, the swim team has been named state champions. This year’s title sets a new national record for the most consecutive state titles in any sport for any high school in the country.

The City of Carmel threw a parade to honor the team and proclaimed Saturday, Feb. 20, 2016 as Carmel Girls Swimming Dynasty Day.

Plumb, who’s been the head coach for 10 years, said four of the girls have qualified for the Olympic Trials which will take place in June in Omaha, Nebraska.