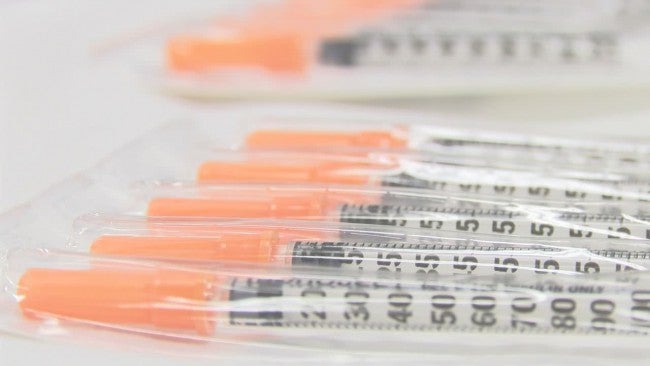 Dr. Virginia Caine, director of the Marion County Public Health Department, joined others at a news conference May 17 to announce they would seek the syringe exchange. She cited a 1,000 percent increase in cases of hepatitis C from 2013 to 2017. Marion County averages less than five cases a year, but Caine said 72 cases were confirmed last year and many more cases likely were undiagnosed.

“Hepatitis is primarily through the spread of contaminated needles, sharing of needles or contaminated blood,” she said in May. “It’s not the only answer, but it’s a critical tool.”

The program would include HIV and hepatitis C screenings, referrals to mental health and drug addiction treatment, and education literature.

Hepatitis C is a liver infection caused by a virus. It can lead to liver failure and liver cancer and can be deadly.