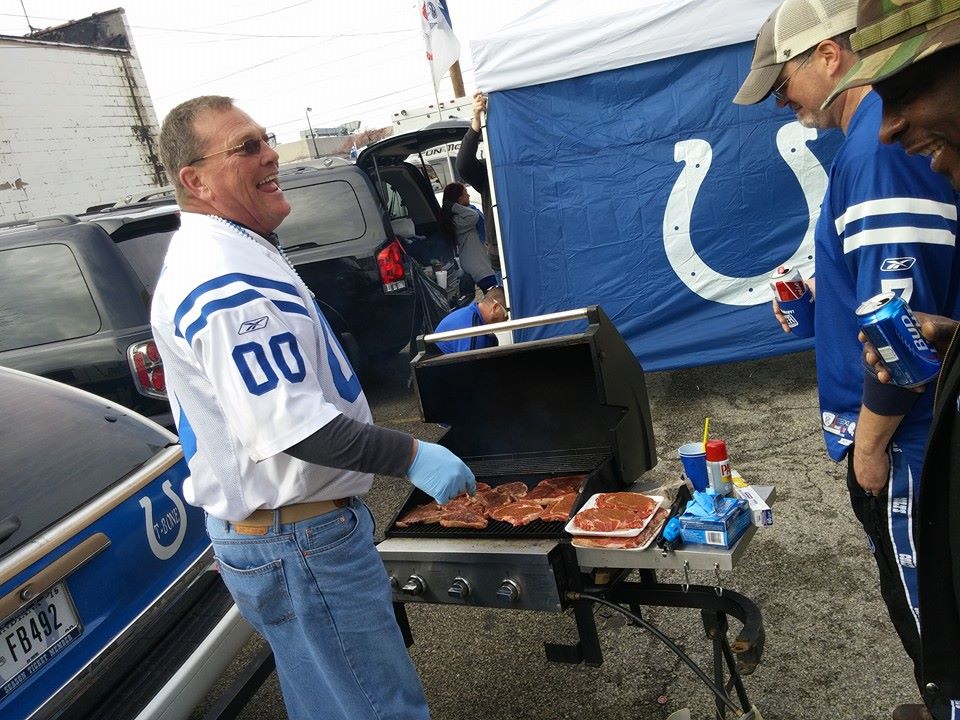 INDIANAPOLIS (WISH) — One dedicated group of Colts fans is making the trip to Foxborough, Massachusetts for the AFC Championship game against the Patriots. Dan Cole and his friends are part of the tailgate group “Tailgate Alley.” They’ll be leaving for Foxborough at 5:45 Saturday morning.

“It’s special. It’s a neat stadium, the fans aren’t probably the most pleasurable to be around, putting it nicely. A lot of people don’t remember that we’ve been rivals with the Patriots for years and years going back to the old AFC East days,” said Cole.

Cole has been a season ticket holder for the past 20 years. He goes to every home game and several away games every year.  Just a few hours after the win in Denver, Cole had his trip to the AFC Championship planned. He and his friends are making the 14-hour drive both ways in just one weekend, but Cole said supporting the team is worth the drive.

“Represent your team, lose, win or draw. You know, you’ve got to bleed blue. Number 12 is the real deal. He’s the epitome of class, the epitome of work ethic and I think that kid is going to take us to the Super Bowl this year, and many years to come,” said Cole.

Cole said attending a game in every single stadium in the United States is on his bucket list. He’s said if the Colts go to the Super Bowl he’ll do his best to be there, which would cross one more thing off his bucket list.