AstraZeneca to seek US approval of COVID vaccine in 2nd half 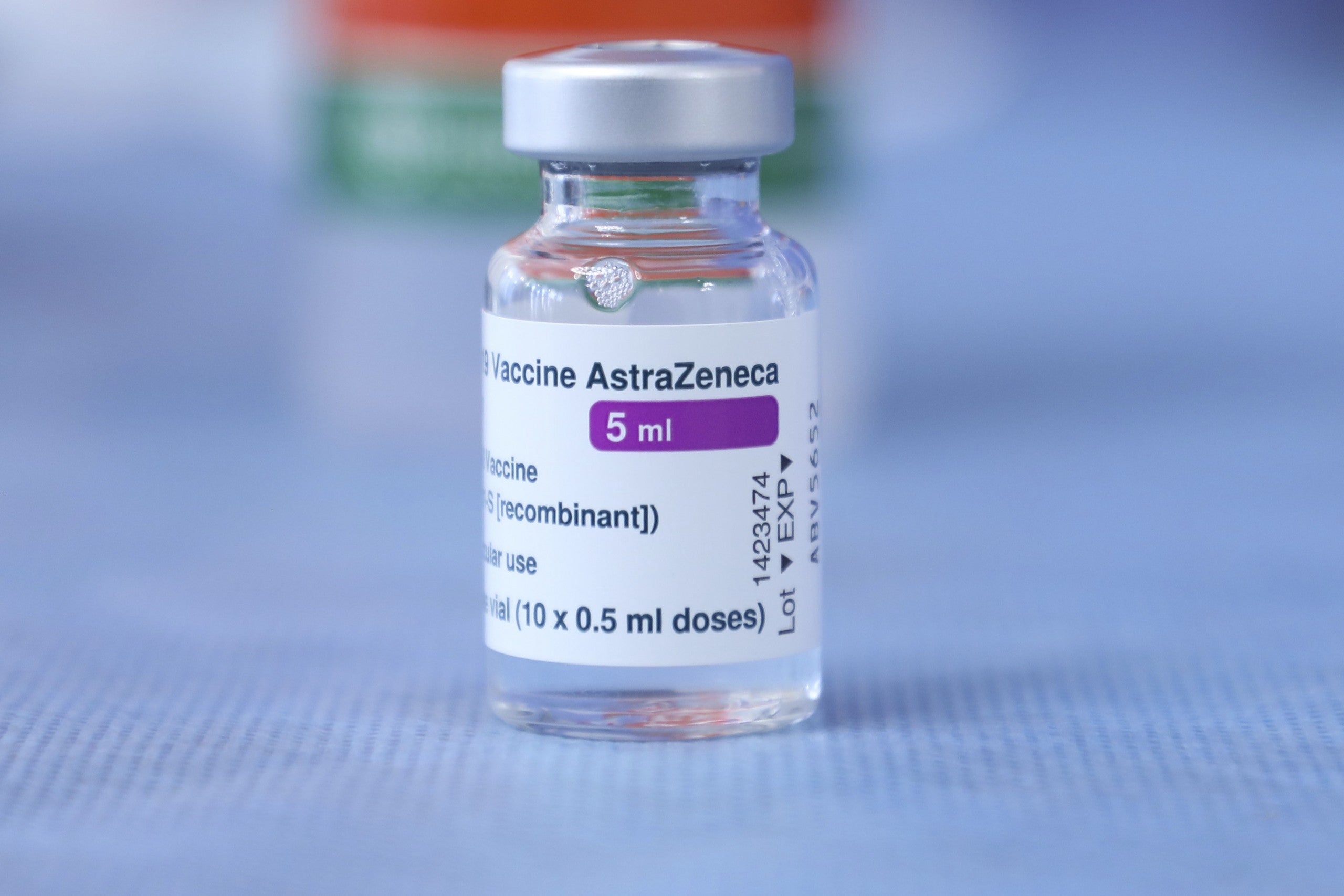 A vial of the AstraZeneca COVID-19 vaccination on a table prior to Croatia's Parliament Speaker Gordan Jandrokovic and Prime Minister Andrej Plenkovic being vaccinated, in Zagreb, Croatia, Wednesday, March 24, 2021. (Admir Buljubasic/Pool via AP)
by: DANICA KIRKA Associated Press
Posted: Jul 29, 2021 / 05:34 AM EST / Updated: Jul 29, 2021 / 05:34 AM EST

LONDON (AP) — AstraZeneca said Thursday that it intends to seek U.S. authorization for its COVID-19 vaccine in the second half of this year, offering a new timetable for the much-delayed application.

The Anglo-Swedish drugmaker announced the schedule as it released second-quarter financial results, which showed that the company and its sub-licensees delivered more than 700 million doses of the vaccine to over 170 countries in the first half of this year. That includes 80 million doses that went to the COVAX initiative for low- and middle-income countries.

The news on the U.S. filing is being closely watched, as the timeframe has slipped.

When AstraZeneca released data from its U.S. trial of the vaccine on March 22, company officials said they expected to seek authorization from the Food and Drug Administration in the first half of April. In April, the company said it expected to submit a U.S. application in the “coming weeks.”

The U.K., European Union and World Health Organization have already authorized use of the AstraZeneca vaccine.

AstraZeneca reported first-half revenue of $1.17 billion from deliveries of 319 million doses of the vaccine that were supplied directly by the company. AstraZeneca has pledged to deliver the vaccine on a non-profit basis as long as the pandemic lasts.

Despite complaints from the EU about its vaccine supply, the 27-nation bloc received more doses directly from AstraZeneca than any other single entity in the first half of the year. The company shipped 97 million doses to the EU, while Brazil got 65 million and the U.K. 52 million, AstraZeneca said.

Gavi, an alliance that secures vaccines for low-income countries, received 49 million doses, and another 57 million doses went to other countries.

The vaccine was developed by Oxford University researchers, who licensed the technology to AstraZeneca in an effort to tap into the company’s global manufacturing and distribution capacity. AstraZeneca, in turn, authorizes other companies to produce the shots around the world.