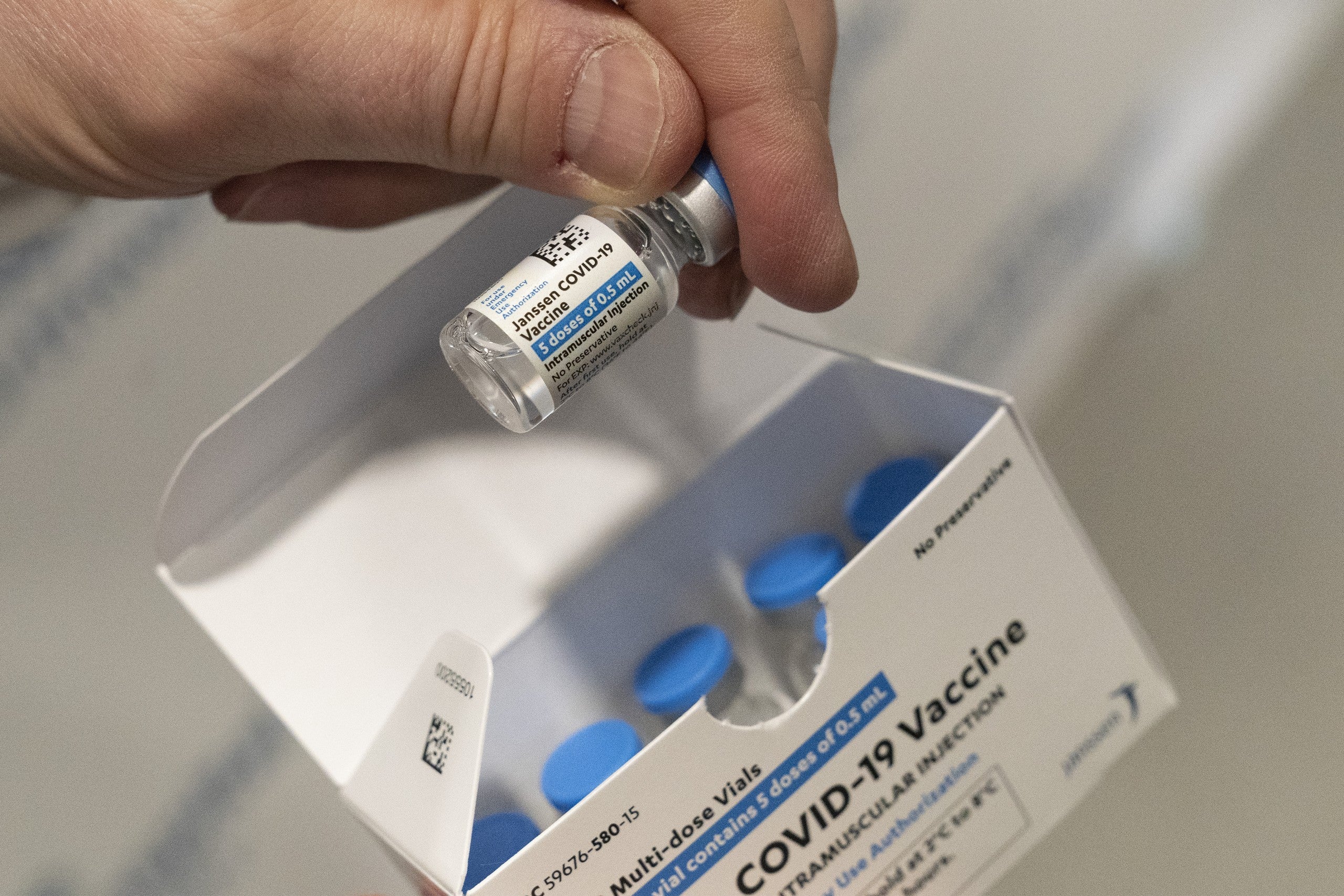 The data comes from two Phase 2 studies conducted in the United States and Europe, the company said in a statement. Some of the 2,000 or so people in the studies got booster doses six months after their first doses of J&J’s Janssen vaccine.

“New interim data from these studies demonstrate that a booster dose of the Johnson & Johnson COVID-19 vaccine generated a rapid and robust increase in spike-binding antibodies, nine-fold higher than 28 days after the primary single-dose vaccination,” the company said in its statement.

“We have established that a single shot of our COVID-19 vaccine generates strong and robust immune responses that are durable and persistent through eight months. With these new data, we also see that a booster dose of the Johnson & Johnson COVID-19 vaccine further increases antibody responses among study participants who had previously received our vaccine,” Dr. Mathai Mammen, global head of research and development for Janssen, said in a statement.

J&J said it was in discussions with the US Food and Drug Administration, US Centers for Disease Control and Prevention, European Medicines Agency, World Health Organization and other health authorities about the need for offering a booster dose of the Janssen vaccine.

“We look forward to discussing with public health officials a potential strategy for our Johnson & Johnson COVID-19 vaccine, boosting eight months or longer after the primary single-dose vaccination,” Mammen added.

Many people who received the J&J vaccine have been clamoring for information about whether they will need a booster shot. US federal government officials have said they are preparing to start offering a booster dose to people who got Moderna’s or Pfizer’s Covid-19 vaccine after data showed boosters can amp up the antibody response — and after studies started showing an uptick in infections in both vaccinated and unvaccinated people. The more transmissible Delta variant is partly to blame, experts say, as is a waning immune response.

The Janssen vaccine was authorized at the end of February, more than two months after Moderna’s and Pfizer’s vaccines were authorized. About 14 million Americans have received the J&J vaccine, according to the CDC.

Dr. Dan Barouch, a vaccine researcher at Beth Israel Deaconess Medical Center and Harvard Medical School who is not involved in the two clinical studies but is helping study J&J vaccines, said the findings support getting a booster shot, but only after a delay.

“The boost at six months is going to look very impressive and substantially greater than what has already been reported in terms of the two month boost, and that is significant because it, in my opinion, the boost should not be at two months, but it really should be at six months or later,” Barouch told CNN.

Neither of the studies looked at real-world efficacy, so the company has not demonstrated that people who get boosters will be less likely to become infected or to develop severe disease. But researchers are beginning to agree that antibody levels do indicate immune protection.

The Johnson & Johnson vaccine is made differently from Pfizer’s and Moderna’s. Those two vaccines use messenger RNA or mRNA, encased in little lipid particles, to carry instructions to the body to start an immune response.

The Janssen vaccine uses a crippled common cold virus called an adenovirus to carry in similar instructions. There had been worries that a booster dose of such a viral vector vaccine might not work effectively because of the possibility the body would generate an immune response against the vector, also.

“There was a theoretical concern that the generation of anti-vector antibodies by the first shot could impede the use of it again,” Barouch said.

“I think these data put that to rest.”

Federal health officials have said they believe a booster dose of the Janssen vaccine will be needed at some point.

“I’m quite certain that the FDA, CDC, NIH, White House will use these data to likely justify or recommend a booster for J&J-vaccinated people, probably with a second shot of J&J,” Barouch said.