5 dead in 4 separate shootings over 4 hours in Indianapolis 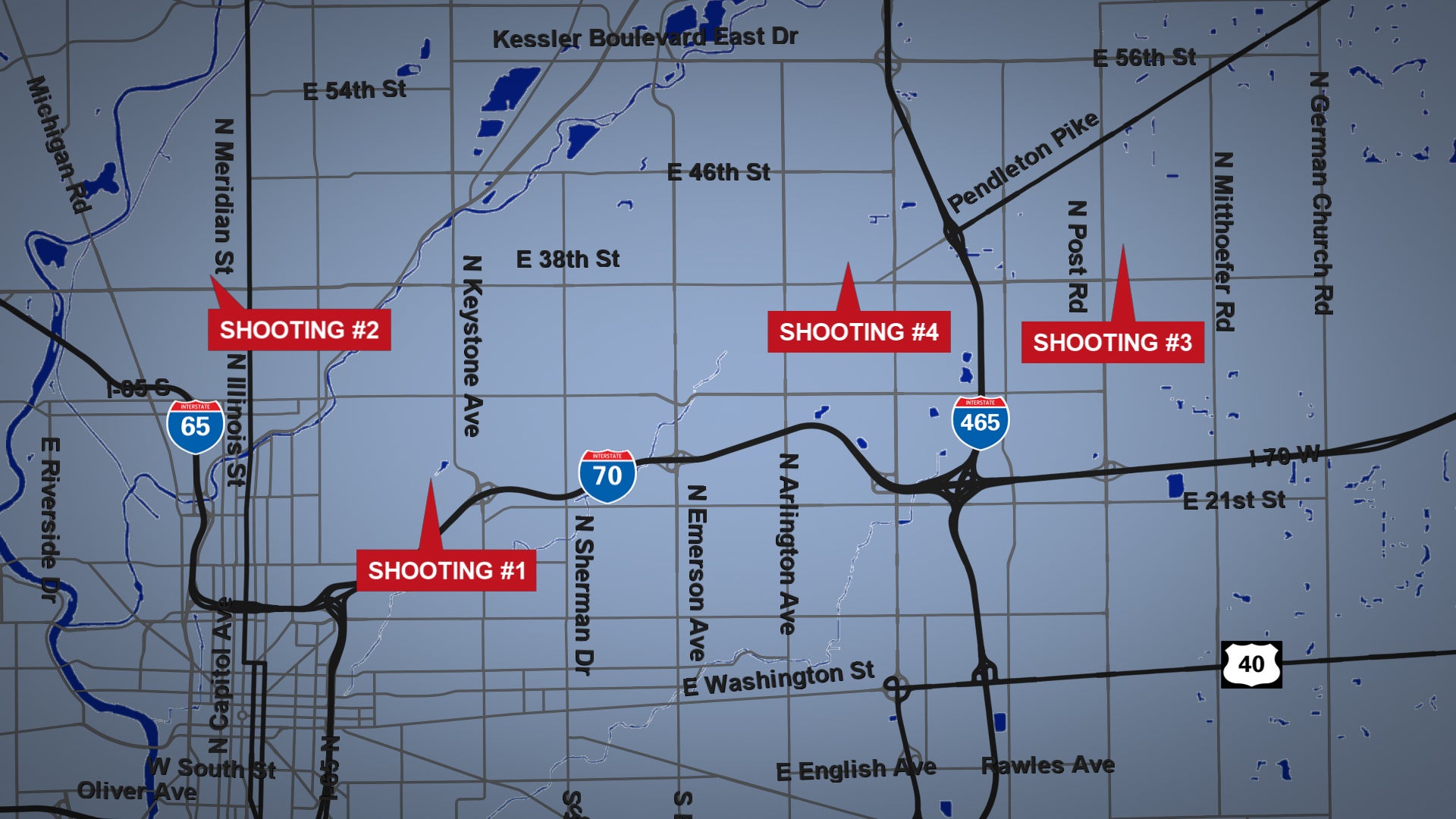 Officers with the Indianapolis Metropolitan Police Department were called around 2:35 p.m. Tuesday to a residence in the 3900 block of Boulevard Place, north of the intersection of West 39th Street and Boulevard Place, on a report of a person shot.

They arrived to find a woman shot who was taken to an area hospital in extreme critical condition, police said in a news release. She died shortly after arriving at the hospital, police said Tuesday evening.

Just after 3 p.m. Tuesday, police responded to the New Bridge Apartments in the 2300 block of Hillside Avenue on a report of a person shot. They found a man with injuries consistent with gunshot wounds in the parking lot of the apartments. He was taken to an area hospital, where he later died.

The coroner’s office identified the man as 60-year-old Johnny Purchase.

Just before 5 p.m. Tuesday, police responded to the 4000 block of Stratford Court, northeast of East 38th Street and North Post Road, on a report of a person shot. They found a man who was in “extreme critical condition” and was taken to a hospital, where he later died.

The victim has since been identified as 28-year-old Jerrell Moten.

And at 6:28 p.m., police responded to the 3900 block of Pasadena Street, near East 38th Street and North Arlington Avenue, for a possible person shot.

At that scene, a man and woman were pronounced dead, and another woman was taken to an area hospital in critical condition.

The victims who died have been identified as 23-year-old Austin Smith and 51-year-old Melissa Smith.

An IMPD spokesman said Thursday that a detective continues to work on the case and no one has yet been taken into custody. Also, IMPD did not know the condition Thursday of the woman who’d been hospitalized.