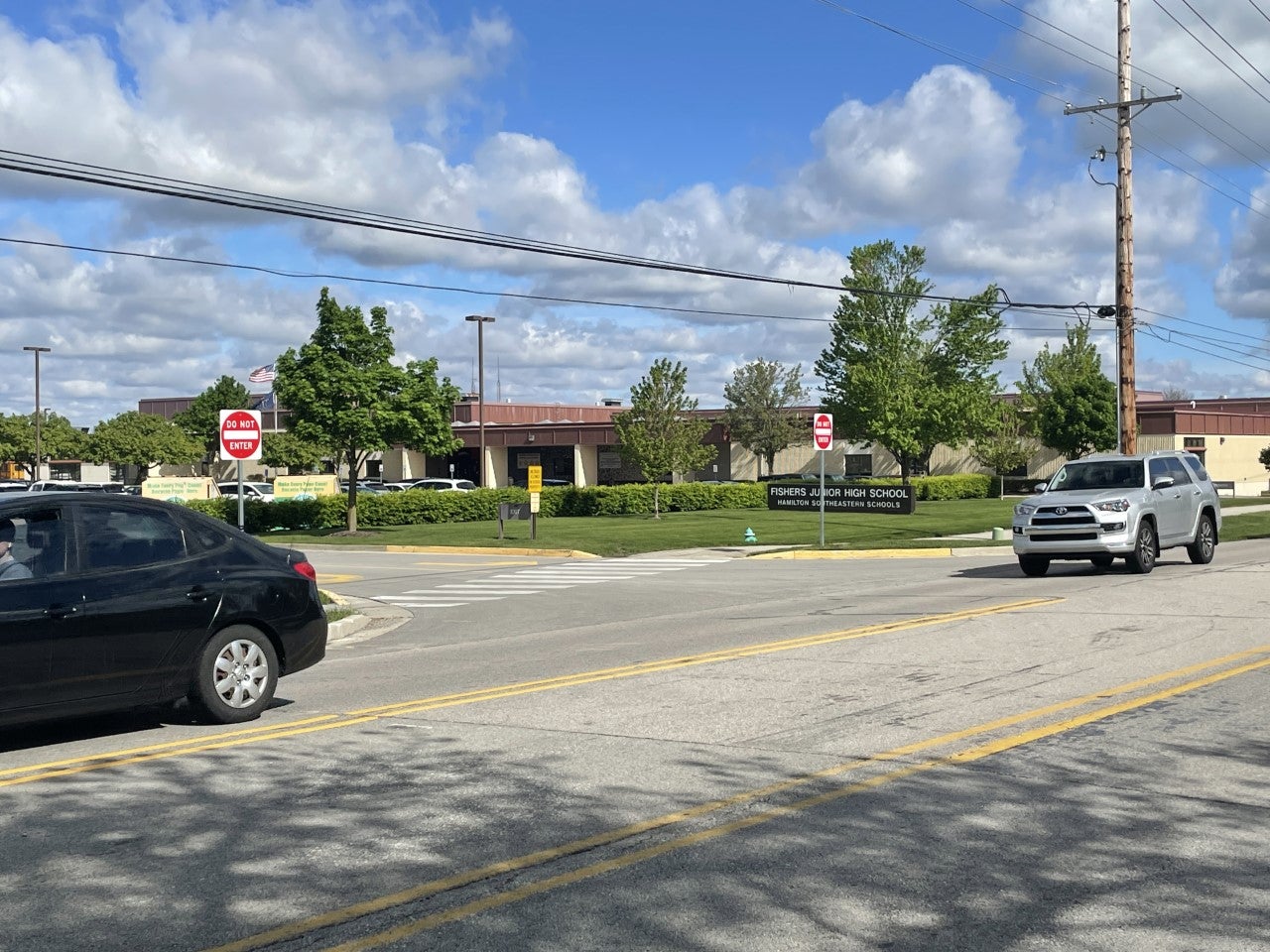 HSE said in a tweet at 8:16 a.m. that the incident was unrelated to the school. Several more schools were later also placed on “heightened awareness.”

The district posted an image of the safety plan on Twitter, outlining what “heightened awareness” means.

During a “heightened awareness” situation, operations continue as normal inside the building, students do not participate in outside activities and visitors may still enter and exit the building.

At 8:55 a.m., Fishers police tweeted that officers were investigating a report of shots fired in the area.

At 9:29 a.m., the district was given an “all clear” from the police department.

The school has been given the “all clear,” according to officers.

Information regarding a suspect has not yet been provided.

“Fishers, Indiana – Fishers police are investigating an incident of gunfire at the Flats at Fishers Marketplace located at 9588 Ambleside Drive, Fishers.

“Shortly after 7:30am The Hamilton County Communications Center began receiving multiple reports of gunfire near 131st Street and Cumberland Road. Officers immediately responded and launched an extensive search using K9s, a drone, and Emergency Response Team members. Officers deemed the area safe after confirming no one in the apartments was injured. Detectives and Evidence Technicians also responded to collect evidence and interview witnesses. This has been determined to be an isolated incident and not a random act.

“This case remains an active investigation. Anyone with information regarding this case should contact Detective/Sergeant Robbie Ruble at 317-595-3319.”