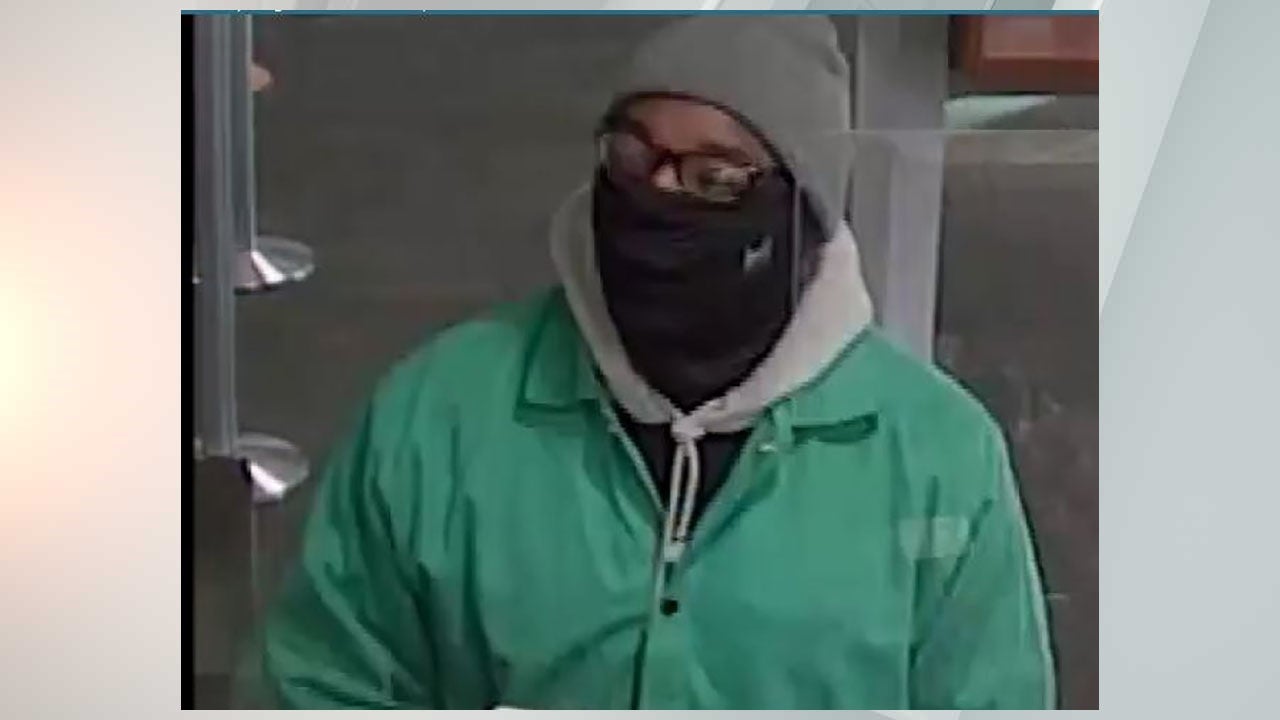 INDIANAPOLIS (WISH) — Indianapolis police want the public’s help to identify a suspect in a Thursday morning bank robbery on the city’s northwest side.

Witnesses told police that a man came into the bank, demanded money and then fled with an undetermined amount of money.

Police released photos from surveillance of the suspect. He was described as about 5-feet-10 with a medium build. He was wearing a gray beanie, a green coat, a black mask, a gray hoodie, sweatpants and black shoes.

IMPD said in a news release, “Anyone with information about this incident should call the FBI Violent Crimes Task Force or Crime Stoppers of Central Indiana at 317.262.8477 or (TIPS).  Citizens can also download the mobile P3tips app for Apple or Android phones to submit a mobile tip, or go to www.CrimeTips.org to submit a web tip. You will remain anonymous and may be eligible for a cash reward of up to $1000 if the information leads to a felony arrest.  Only tips submitted directly and anonymously to Crime Stoppers are eligible for these cash rewards. This release may be updated as more information becomes available. Information given via Crime Stoppers should be considered anonymous.”