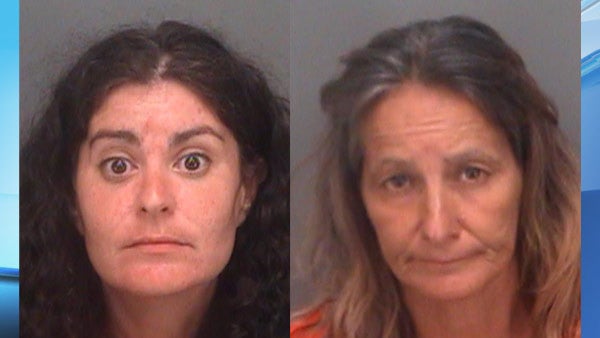 GULFPORT, Fla. (WFLA) – No one ever knew the deep, dark secret that lurked within the walls of the mysterious residence on 29th Avenue South. Painted a festive bright blue color, Apartment D dotted the landscape of the charming Gulfport neighborhood.

Families never realized endless torture, starvation and suffering was happening right next door. The treatment that 66-year-old Kathryn Ashe had to endure day in and day out was so cruel and so barbaric that even veteran detectives were stunned by what they saw on June 24.

A tiny, frail woman was abandoned, left to die slowly in the sweltering heat, detectives said. There was no air conditioning inside Apartment D. No food was prepared for Kathryn, and she received no water.

The stench of rotting garbage was oppressive. Thousands of roaches scattered about and fed on food containers left open in the clutter. There wasn’t even a clear pathway through the small two-room apartment. Trash covered every inch of the interior.

The physically disabled victim was left on her own in her soiled recliner. When she cried out, she was met with silence.

Emily Bailey recalls the shock that neighbors felt, some even citing pangs of guilt. They wonder if they could’ve helped, whether they could have saved this abused woman.

Emily lives nearby and adores the neighborhood where palm trees line the quiet streets. She was attracted to Gulfport as a lovely city where she could raise her son.

But, she’s sickened by what she heard. “It was completely shocking; everybody was shocked. Nobody around here would allow somebody go through that without stepping in,” she told News Channel 8.

In fact, some neighbors told 8 On Your Side they only saw Kathryn getting fresh air twice in a year. In a heartbreaking, gruesome description, a mom who lives a few doors down said she was so terrified when she saw Kathryn’s emaciated body that she thought it was a Halloween prank.

“If anyone would have had any idea that was going on, something would have been done. It was completely behind closed doors,” Emily said.

“They were kind of quirky,” one crossing guard said. “We never thought this was happening.”

The two women, now behind bars and charged with both elderly and child neglect, called themselves “friends” of Kathryn’s, investigators said. One of the suspects told investigators she had known the victim for 17 years.

As if the horrific abuse wasn’t bad enough, another detail is making those who hear it cringe. There was a 4-year-old little boy living amidst the filth inside the house of horrors.

Sgt. Tom Woodman explained what he saw when he approached the crime scene. “There’s roaches, thousands of roaches, all over the walls, all over the floor,” Woodman said. “At the time I was in the entryway, they were pouring outside of the house to get outside.”

The little boy is the son of Jennifer Poulos and is now in child protective custody.

Meanwhile, people are asking why the caregivers would leave the home with Kathryn still inside, starving and bound to her prison of a recliner, which is now stained and soaked from bodily fluids. Investigators told News Channel 8 the women left eight days prior to Kathryn’s death because they “just couldn’t take it anymore.”

The pair was said to be at a nearby hotel.

Then, on the Wednesday before Kathryn was found deceased, both Jennifer and Debra Poulos came back to the residence, according to detectives. They found Kathryn falling out of her chair over and over, and the women kept picking her up, documents show.

The caregivers, cops say, left after that, one of them citing the fact that she had to “catch a bus.”

Paperwork shows that the women did not seek medical attention for Kathryn. No 911 calls were, nor were any doctors contacted, according to investigators. Kathryn had fallen onto the carpet, amidst filthy, cramped and hazardous conditions.

That’s where investigators found her. It was an agonizing way for a painfully lonely woman to live and a heartbreaking way for her to die. No next of kin has been found.