Danville girl aims to collect 5,000 toys for kids at Riley Hospital for Children 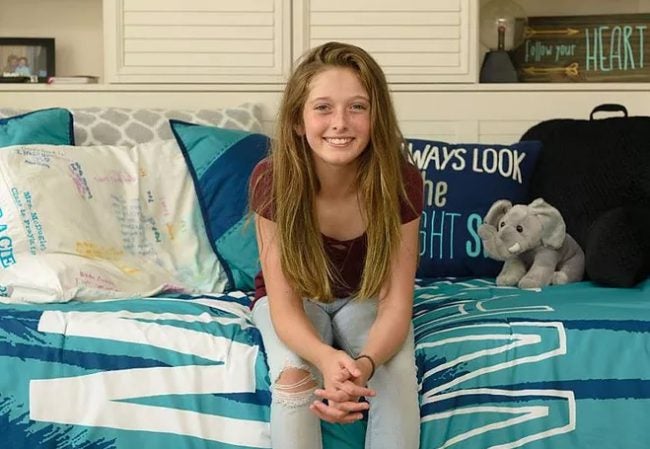 HENDRICKS COUNTY, Ind. (WISH) — A central Indiana girl is already hard at work to make sure Christmas is special, even for those who will spend it in the hospital.

Danville’s Gracie Bennett started Gracie’s Toy Drive six years ago after her own terrifying diagnosis and treatment at Riley Hospital for Children at IU Health. She was just three years old when she was diagnosed with a brain tumor.

“I didn’t understand what a brain tumor was, what surgery was,” Bennett said.

It was the beginning of a long road back to health at Riley Hospital for Children at IU Health, including two years of chemotherapy.

“I mean they’ve done so much for me,” Bennett said.

After all the treatment, it was hard for Gracie’s parents and teachers to understand how such a young child wanted to start a toy drive, but Gracie said she felt compelled to organize a way for kids to help kids. Now she’s setting the bar higher than ever before.

“The kids at Riley, their parents may not have the money to get them a present for Christmas,” Gracie said.

Gracie’s Toy Drive is now an annual tradition. The living room at her house is filled with boxes ready to go for drop-off locations across the state. It’s work Gracie says she has extra time for as a student at Indiana Connections Academy, an online education.

“I think that Grace and I connected, because we’re a little bit crazy, both of us,” Melissa Brown, Indiana Connections Academy executive director, said.

Brown said when she heard about the toy drive, she knew it could be even bigger.

“This is the perfect example of setting the bar a little bit higher than we might have, but I think that with the right resources and effort, we’re going to get it,” Brown said.

So Gracie has set a goal to collect 5,000 toys. That’s about the same amount she’s gathers all previous years combined.

“The toys that are at the toy drive are for the kids specifically at Riley, we go out and pass them out, whatever toy they want,” Bennett said.

If you would like to donate to Gracie’s Toy Drive, there are dozens of drop-off locations already. The main collection site is Indiana Connections Academy, which is located at 6640 Intech Blvd. Suite #250 in Indianapolis.

Gracie said she hopes to fill a huge truck with all the toys to deliver them to Riley this Christmas.