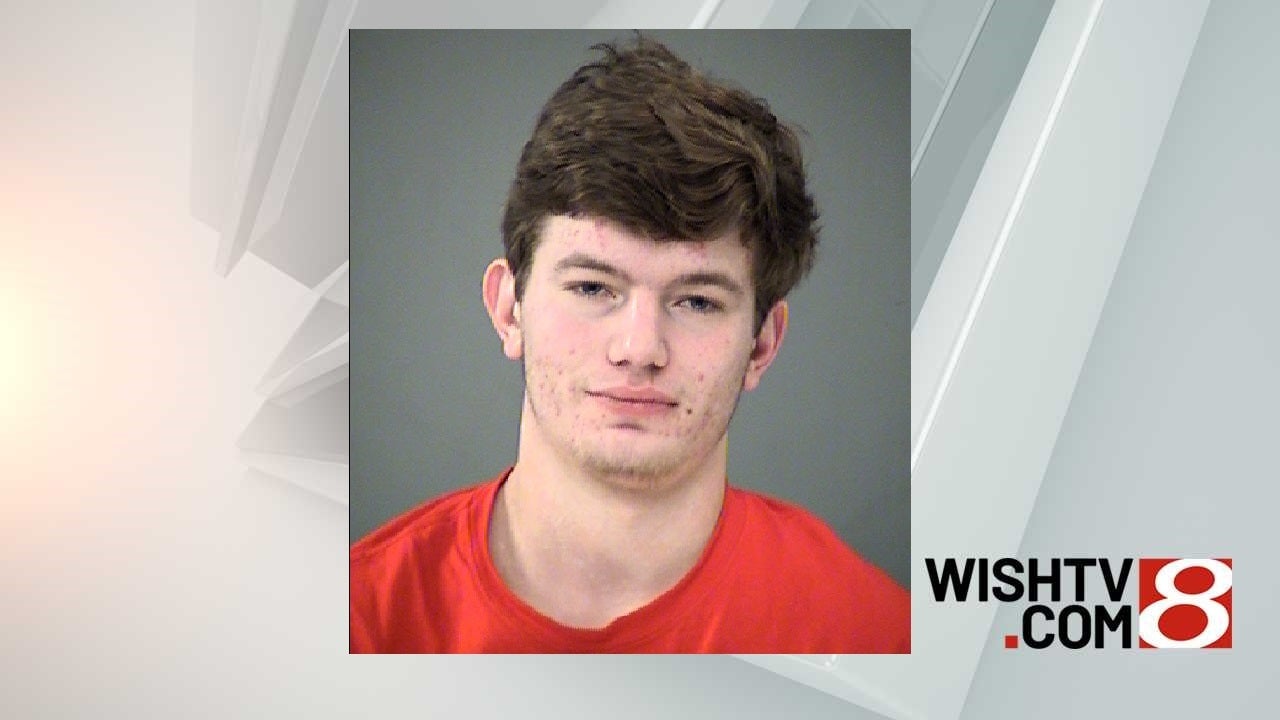 INDIANAPOLIS (WISH) — A former Bishop Chatard High School student told police the threats leading to his arrest on a felony intimidation charge were designed to make administrators and other former students uncomfortable, although he realized it also would cause the Catholic school to shut down.

Hunter Woolever’s conversations with an Indianapolis Metropolitan Police Department detective are part of court documents obtained by News 8. In addition to the felony charge, the 20-year-old faces lesser charges: two counts of harassment by electronic community, a count of marijuana possession and a count of paraphernalia possession.

Bishop Chatard, a north side school at 5885 N. Crittenden Ave., had e-learning days as a precaution on March 19 and 26 after receiving threats from Woolever.

Vince Lorenzano, the school’s safety director, first notified police of an Instagram message from the 2017 graduate of Bishop Chatard on March 18. That message had a screenshot of a December 2016 online news article about Lorenzano’s retirement as football coach at the school. Over the screenshot were the words “There’s a new sheriff in town Vince better stick to parking lot duty.”

“The Instagram post goes on to show Hunter Woolever’s front windshield as he drives through the Chatard parking lot with ‘I shot the sheriff’ playing in the background,” court documents said.

In another Instagram post, Woolever had a photo of himself in a vehicle with the writing “Vince Lorenzaco can’t help give me a call if you want to make an appeal or we can go out get lunch my boys are getting kind of hungry.”

Other posts showed a man and his girlfriend. Woolever told police he “had started an Instagram beef” with them.

Woolever was arrested March 18 on an active warrant on a charge of leaving the scene of a hit-and-run accident in 2017. Police asked him if he knew why he was there.

“Everyone thinks I am going to shoot up the school,” Woolever said according to the court documents. He also told police he was “just messing around” and “did not intent to harm anyone,” although he realized the posts indicated he would.

He was booked into Marion County Jail on the warrant charge and later released on his own recognizance.

On March 25, Woolever made another Instagram post showing a mini-school bus on roads near Bishop Chatard. The post also played the 2010 song “Pumped Up Kicks,” the debut single by American indie pop band Foster the People.

That posting caused the e-learning day on March 26, police said. That same day, police with a search warrant went to where Woolever was staying. They found two marijuana pipes and two plastic bags with small amounts of marijuana residue, court documents said. Police also took his cellphone, on which he told police he’d made the Instagram posts.

Before his second arrest, Woolever told police he was having problems with his home life and was looking for a fight with someone. He also told police he knew he’d make people uncomfortable with the Foster the People song, but it was not his intention to scare current students at the school, only the administration and Bishop Chatard graduates.

Court records show Woolever will be formally charged in a hearing at 8:30 a.m. April 10 in Marion Superior Court, Criminal Division 18. Online jail records on Tuesday listed Woolover as “out of custody” and “community service.”