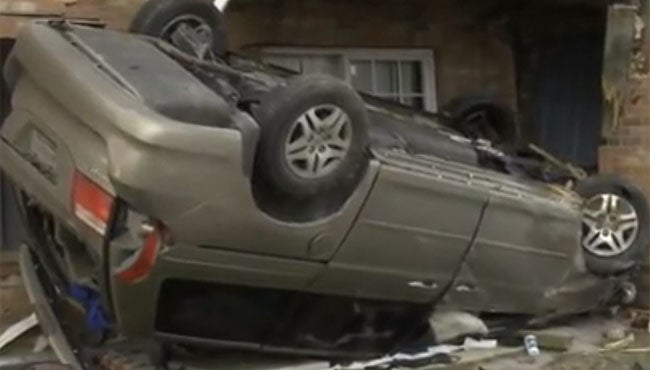 LAFAYETTE, Ind. (WLFI) – A building was damaged near the intersection of Twyckenham Boulevard and Poland Hill Road after a driver lost control of the vehicle Tuesday.

Police on scene said the driver had a medical issue which led to the crash around 5 p.m. Officers said the driver lost control of the car near the intersection’s roundabout and hit four street signs before crashing into the side of an apartment building.

Police say that eyewitnesses helped the crash victim from the vehicle, who was alert and speaking before she was sent to a local hospital.

No one was in that portion of the building at the time of the crash. The first floor apartment which received the greatest amount of damage is currently vacant. Officials said the building was damaged, with one exterior wall compromised.

The condition of the driver is unknown at this time.

As of Tuesday evening, restoration crews were on scene rebuilding the wall so that city inspectors could declare it safe for habitation.