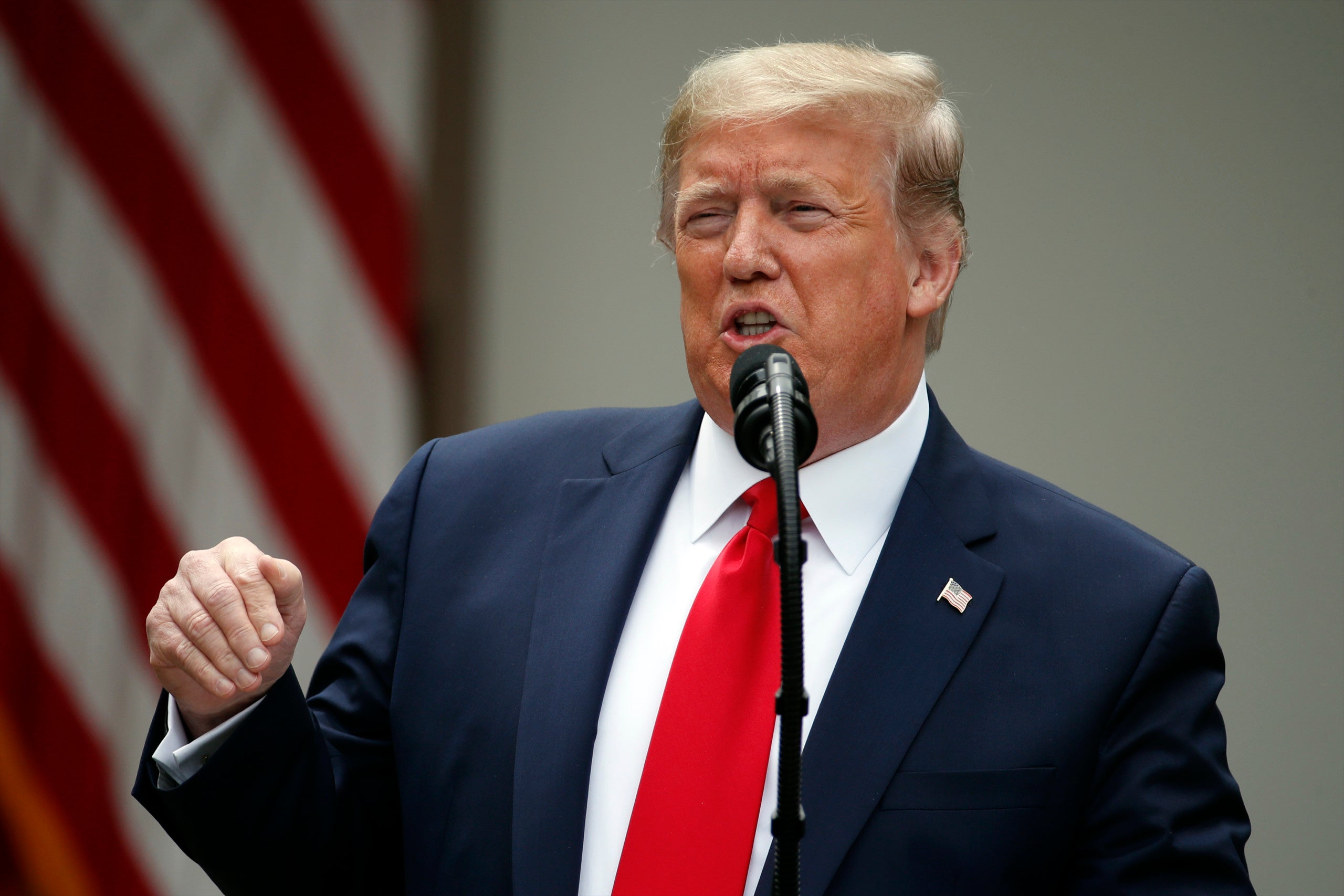 (CNN) — State lawmakers and officials looking to host the Republican National Convention are intensely courting President Donald Trump directly, believing he will ultimately make the final decision on where the event will be held.

The direct courting comes as party officials scramble to try put on the kind of convention Trump wants after the President decided to ditch Charlotte over a dispute with North Carolina’s Democratic governor about social distancing guidelines put in place to limit the spread of coronavirus.

According to multiple sources involved in and around conversations on the convention, Georgia and Florida have emerged as the two states pursuing the convention the most aggressively. Savannah, Georgia, and Jacksonville, Florida, are both on the short list as options to replace Charlotte.

Both states have the advantage of being the home to some of Trump’s most ardent supporters — including GOP Sen. David Purdue in Georgia and Republican Gov. Ron DeSantis in Florida — as well as a slew of lawmakers and state officials who have the President’s ear.

On Monday, a team of Republican National Committee and campaign officials visited Jacksonville to tour and assess the city. Multiple sources told CNN that Jacksonville was currently one of the leading contenders to host the convention.

While the city’s Mayor Lenny Curry pitched Jacksonville as the next convention host on Twitter last week, Florida allies had begun reaching out to the White House over the possibility weeks ago.

The scramble to find a new home for the convention comes after tense negotiations between Republican officials and officials from North Carolina Gov. Roy Cooper’s office broke down last week. Trump, over the last two weeks, started to target Cooper because he refused to lift social distancing guidelines and allow massive crowds inside the host arena, a strategy that Republicans have said looks to turn the Democratic governor into a scapegoat should the convention not be able to go off as planned due to coronavirus.

As CNN previously reported, the RNC will still have to hold some formal portions of the convention in Charlotte due to contractual obligations. However, the performative aspects — such as Trump’s speech accepting the nomination — are expected to take place elsewhere.

In an interview in May, Trump accused Cooper of “playing politics” by delaying opening the state from measures meant to limit the spread of the coronavirus. Shortly afterward, Florida Republican Rep. Mike Waltz called the President and made a personal pitch to bring the convention to the Sunshine State, a source familiar with the conversation told CNN.

Waltz, whose district sits just south of Jacksonville, also followed up his argument in person when he traveled with Trump on Air Force One to the Kennedy Space Center, the source said. The call was first reported by Politico.

DeSantis, who talks to the President regularly, told Fox last week that the state was ready to host the event.

“We’ll be able to make those decisions about what precautions need to be taken as you get closer, but to just rule out a convention at this stage, I think, is a mistake,” DeSantis said. “So we’ve said we want to get to ‘yes’ on it, and I think you’ll be able to do it.”

In Georgia, Republican Gov. Brian Kemp spent the day in Savannah with Republican National Convention officials, including president and CEO Marcia Lee Kelly, giving a tour of the city.

Kemp has been in touch with White House staff since the President voiced his frustrations with Cooper on Twitter. Kemp released a statement that read, in part, “We are honored to offer a truly unmatched experience to the Republican National Convention. With renowned southern hospitality, first-class facilities, and a top-notch work force, ‘The Hostess City of the South’ will leave a lasting impression on Marcia Lee Kelly and her team.”

One official familiar with these conversations between state and city officials and the RNC described them as unorganized, with RNC leadership nervous about getting out in front of Trump.