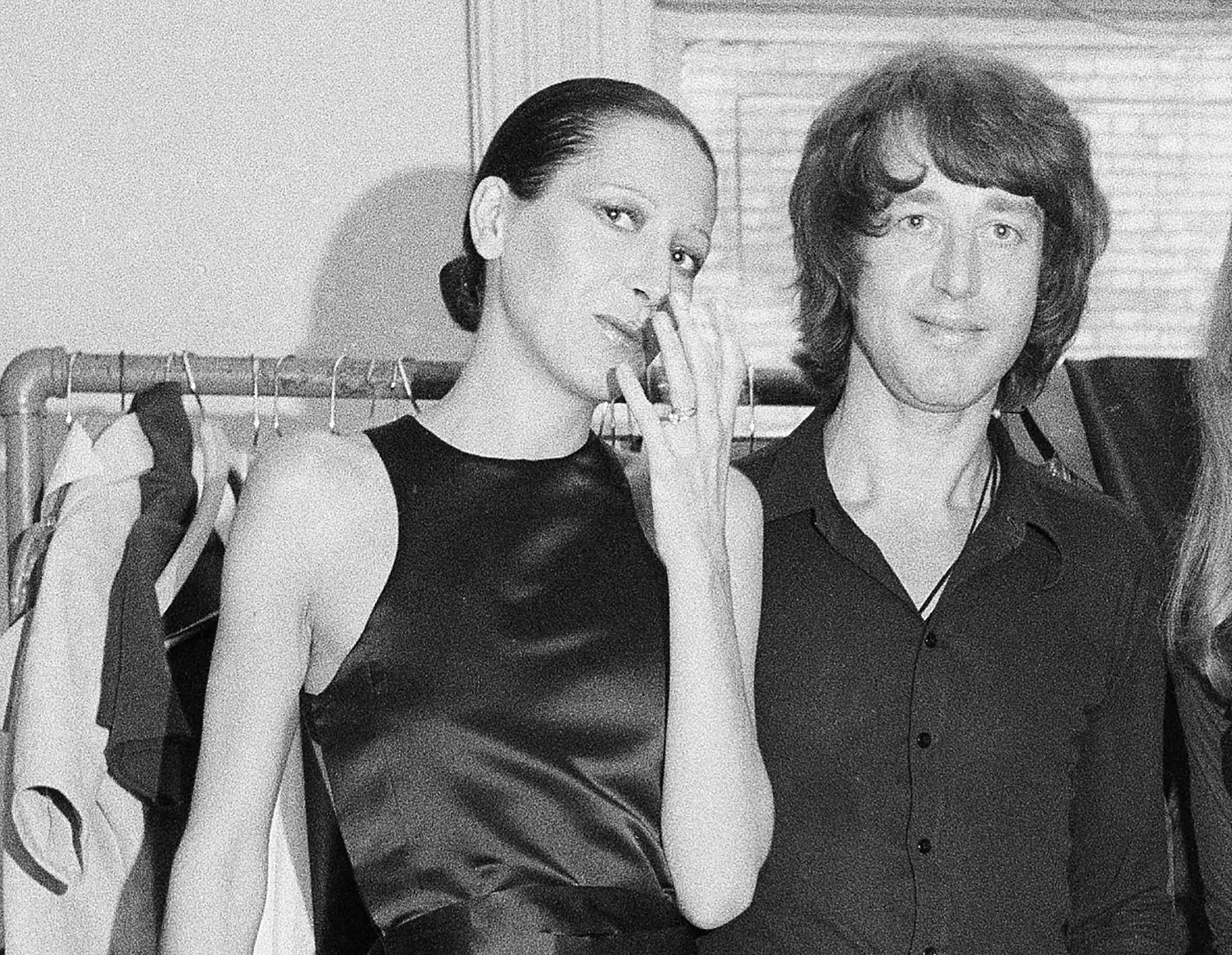 NEW YORK (AP) — Elsa Peretti, who went from Halston model and Studio 54 regular in the 1960s and ’70s to one of the world’s most famous jewelry designers with timeless, fluid Tiffany & Co. collections often inspired by nature, has died. She was 80.

She died Thursday night in her sleep at home in a small village outside Barcelona, Spain, according to a statement from her family office in Zurich and the Nando and Elsa Peretti Foundation.

Peretti’s sculptural cuff bracelets, bean designs and open-heart pendants are among her most recognizable work. She lent her classical aesthetic to functional goods, too, including bowls, magnifying glasses, razors and even a pizza cutter done in sterling silver, a metal she favored and helped popularize as a luxury choice.

“Elsa was not only a designer but a way of life,” Tiffany said in a statement Friday. “Elsa explored nature with the acumen of a scientist and the vision of a sculptor.”

Born in Florence, Italy, to wealthy, conservative parents and educated in Rome and Switzerland, Peretti moved to Barcelona in her 20s and began working as a model, where she tapped into a community of artists that included Salvador Dali, according to an August profile in the Wall Street Journal Magazine. A short time later, she decamped for New York and started modeling for Halston and other top designers, jumping into the art and fashion jet set. It’s then she began to make jewelry, tapping the designers she worked for to incorporate her pieces.

It was Halston, a close friend, who introduced her to the highest echelons at Tiffany, an exclusive collaboration that lasted throughout her career.

The outspoken Peretti began designing for Tiffany in 1974. In celebration of the 50th anniversary of her signature wrist-hugging Bone Cuff, Tiffany launched fresh versions, including some with stones of turquoise and jade.

Describing herself as “retired” to the Wall Street Journal, she kept her hand in, communicating with artisans around the world and checking on the work of her ateliers.

“Her inspiration was often drawn from everyday items — a bean, a bone, an apple could be transformed into cufflinks, bracelets, vases or lighters,” the family statement said. “Scorpions and snakes were turned into appealing necklaces and rings, often in silver, which was one of her preferred materials. She herself stated that ‘There is no new design, because good lines and shapes are timeless.’”

Of Peretti’s designs, Liza Minnelli told the Vanity Fair in 2014: “Everything was so sensual so sexy. I just loved it. It was different from anything I’d ever seen.”

Peretti’s more than three dozen collections for Tiffany established her in luxury, but she also understood the need for budget flexibility among consumers. She was behind Tiffany’s Diamonds by the Yard line that began in 1974, based on the idea of spreading out the stones on a simple chain and offering them at a range of price points. Today, the line ranges from $325 to $75,000.

“You need to be able to go out on the street with your jewelry,” she told the Journal. “Women can’t go around wearing $1 million.”

Peretti’s designs are in the permanent collections of the British Museum in London and The Metropolitan Museum of Art in New York City, among others. In recognition of her work, Tiffany established the Elsa Peretti professorship in jewelry design at the Fashion Institute of Technology, the first endowed professorship in the history of FIT.

She was also a philanthropist, establishing her foundation in her father’s honor in 2000. It supports a range of projects, from human and civil rights to medical research and wildlife conservation.

The small village of Sant Martí Vell, where she died in Catalonia, was always close to her heart, the family statement said. In 1968, she bought a mustard-yellow house there and lovingly restored it over the next 10 years. She went on to have entire swaths of the village restored, acquiring and preserving buildings, including a church. She also supported excavation of Roman ruins and the archiving of the village’s history and established a working vineyard that has put out wines under the Eccocivi label since 2008.