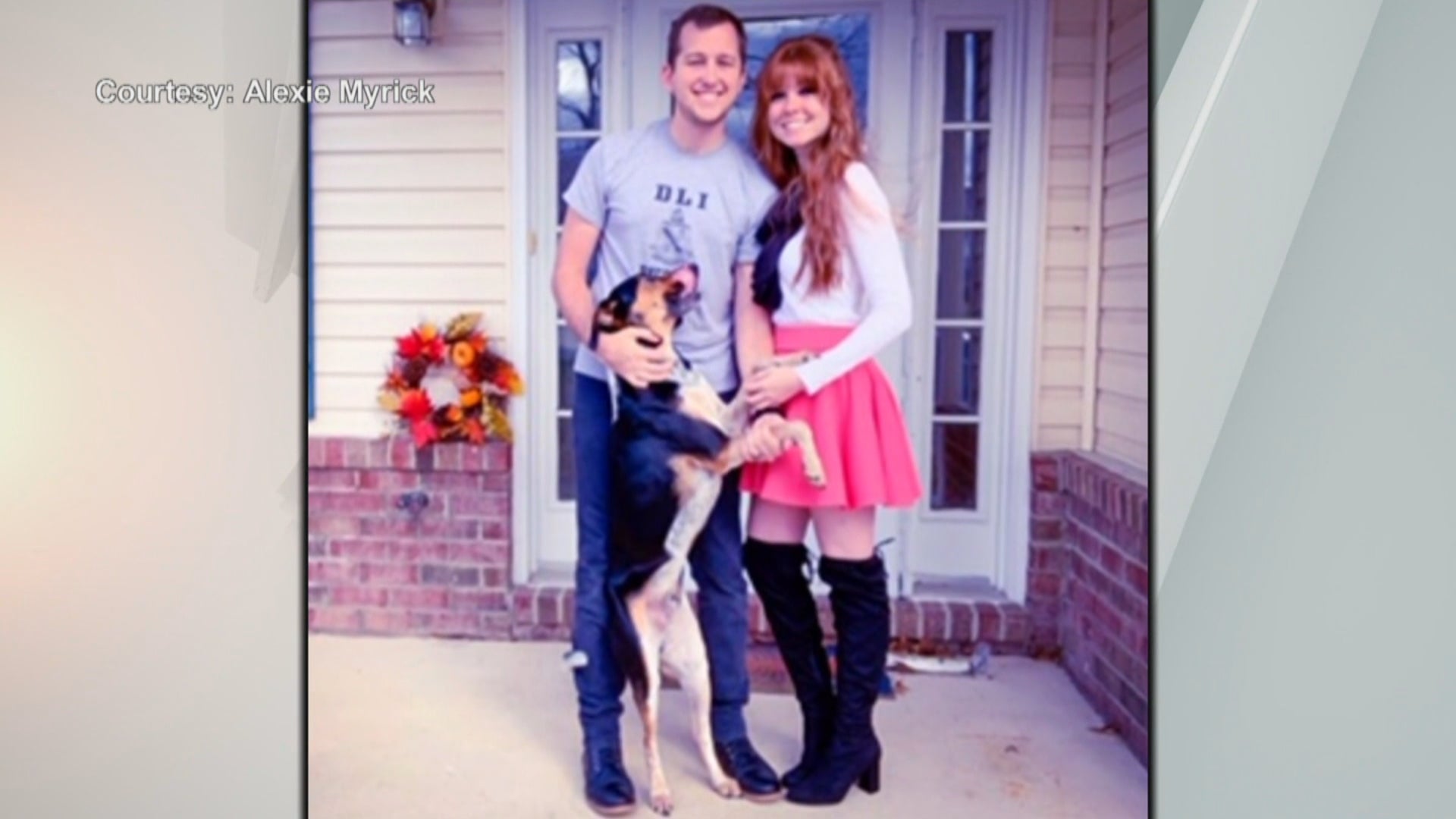 INDIANAPOLIS (WISH) — The family of a U.S. airman whose wife died in a crash over the weekend is holding onto hope after tragedy.

The couple’s emotional support dog ran away from the scene of the crash and volunteers are continuing the search.

Authorities were called after 8 a.m. Sunday to assist with a single-vehicle accident at the 38-mile marker of eastbound I-70 in southern Putnam County, Indiana State Police said. That location is about a mile west of the State Road 243 exit for Greencastle.

Fire crews arrived to the scene and positioned their emergency vehicles in the passing lane of I-70 with the emergency lights activated.

A short time later, Derrick Monet, 25, of Prescott Valley, Arizona, failed to see the fire truck and drove his Tesla into the back of it.

“I hit the floor crying,” said Brenda Monet, Derrick’s mother. “I don’t know how to deal with mourning for one, but happy my son lived.”

Derrick and his wife are from Prescott Valley, Arizona. They were driving through Indiana to Maryland when the crash happened near Cloverdale.

“We were all very close with Jenna. She really loves her mama,” said Brenda. “She always called me her mama.”

Jenna’s emotional support dog, Milo, a rescue dog, ran away after the crash.
Every day since then, volunteers have gone out looking for him.

“Just today, we let them know that on road trips, he only will eat grilled chicken sandwiches from McDonald’s,” said Alexie Myrick, Derrick’s sister.

Online, thousands of people are rooting for Derrick and Milo.

“The caring and love that we have felt from all of you, it has been a miracle,” said Brenda. “I can’t thank you enough for looking for Milo and helping my son.”

Derrick is still in the hospital recovering.

Thursday, the family was told there was a new sighting of Milo!

“Oh! Goosebumps! I’m so excited,” Brenda said. “I just want to bring baby home. So he (Derrick) can heal and deal with Jenna’s death.”

Derrick’s mother and sister say Derrick has at least another week in the hospital.

As for that sighting of Milo, ACE – Animal Containment & Education, the group who is looking for him, says they aren’t giving specific information about where that was because they want to keep the area quiet.
They’re working with the Putnam County Sheriff’s Office to help find Milo.
If you do see him, do not approach him. Instead, call 317-809-4939.