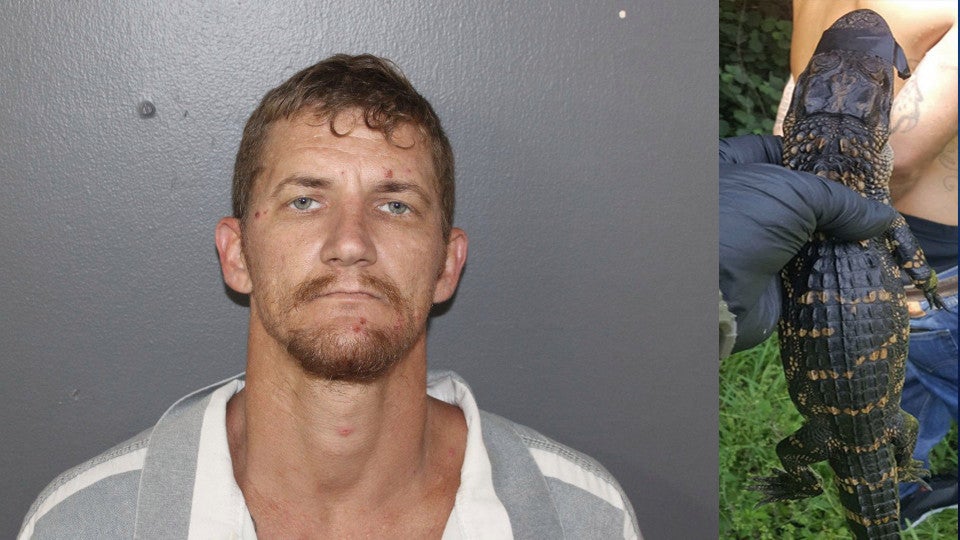 HARDEE COUNTY, Fla. (WFLA) – A Hardee County man was arrested this week after deputies conducted a traffic stop and found a live alligator in the passenger’s seat.

Anthony Richardson was pulled over in the area of State Road 64 and Pioneer Park in Zolfo Springs. Investigators located illegal drugs on his person and prior to searching Richardson’s car when he told detectives he had a live alligator in his front seat.

When asked if he had an alligator trapping or hunting license, Richardson stated he did not and that a friend had given him the gator, which he planned on releasing into the river.

Investigators located a baby alligator in a black bag with its mouth taped shut in the front seat.

The Florida Fish and Wildlife Conservation Commission was contacted and after speaking with a wildlife officer, detectives removed the tape from the alligator’s mouth and safely released it into the Peace River.

Richardson was booked into the Hardee County Jail for multiple drug charges and illegally possessing or capturing an alligator.