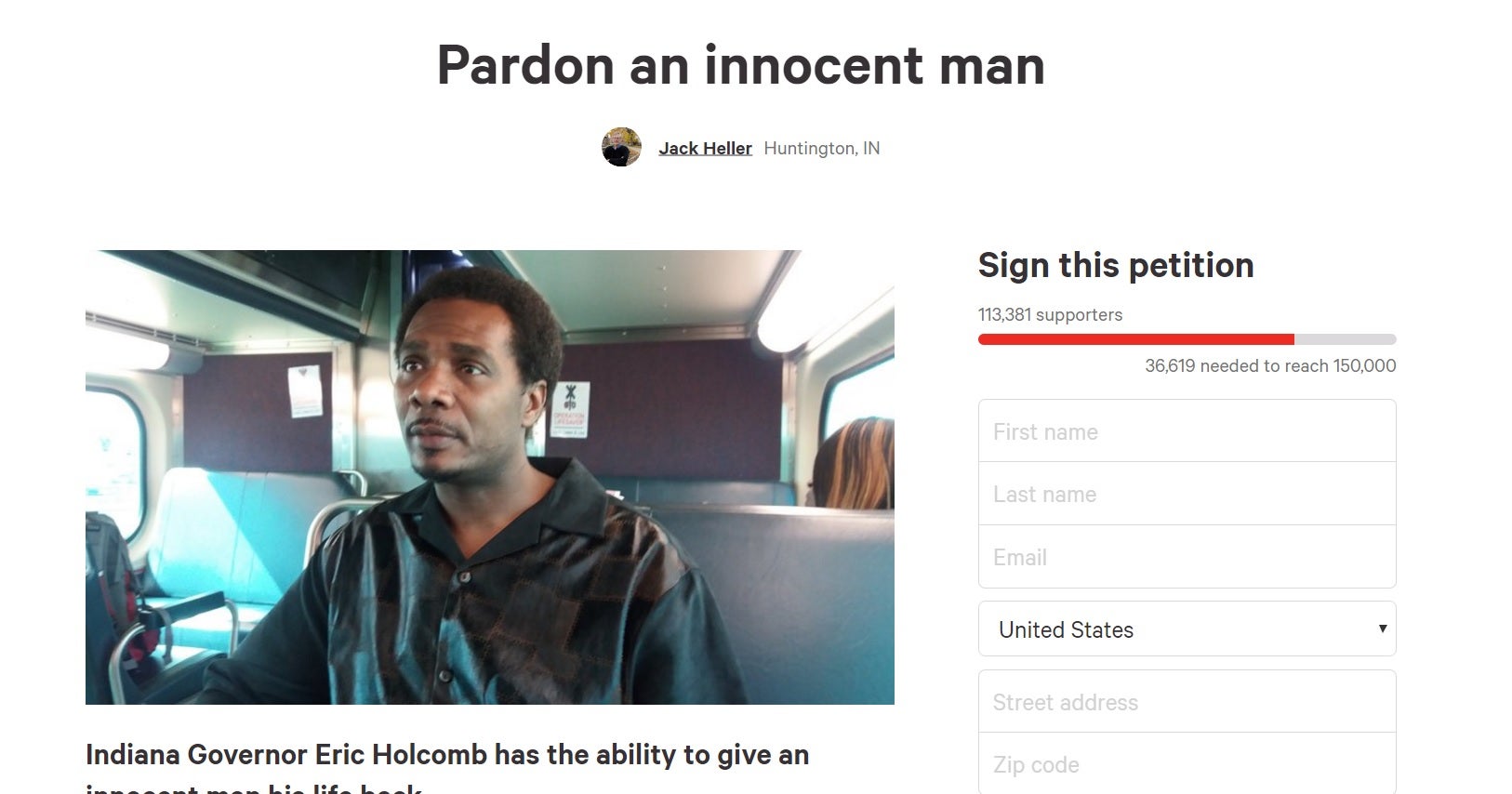 INDIANAPOLIS (WISH) — Gov. Eric Holcomb has pardoned a robbery conviction this morning for an Illinois man who served nine years in prison following a 1996 robbery in Elkhart.

Keith Cooper, who was convicted of robbery in 1997 and sentenced to 40 years in prison then released in 2006, previously petitioned former Gov. Mike Pence for pardon, but it never came.

Gov. Holcomb tweeted out the following this morning:

According to 24-Hour News 8’s Nick Natario, that pardon includes only the robbery conviction:

Not for all charges. @GovHolcomb pardoned Cooper for the robbery conviction. https://t.co/kiTaOFlmqh– Nick Natario (@NNatario) February 9, 2017

A December story from the Elkhart Truth has detailed a number of issues with the original investigation and prosecution surrounding the robbery, which involved a teenager being shot in the stomach. Among the issues cited are a number of witnesses who have now clarified or recanted their previous statements.