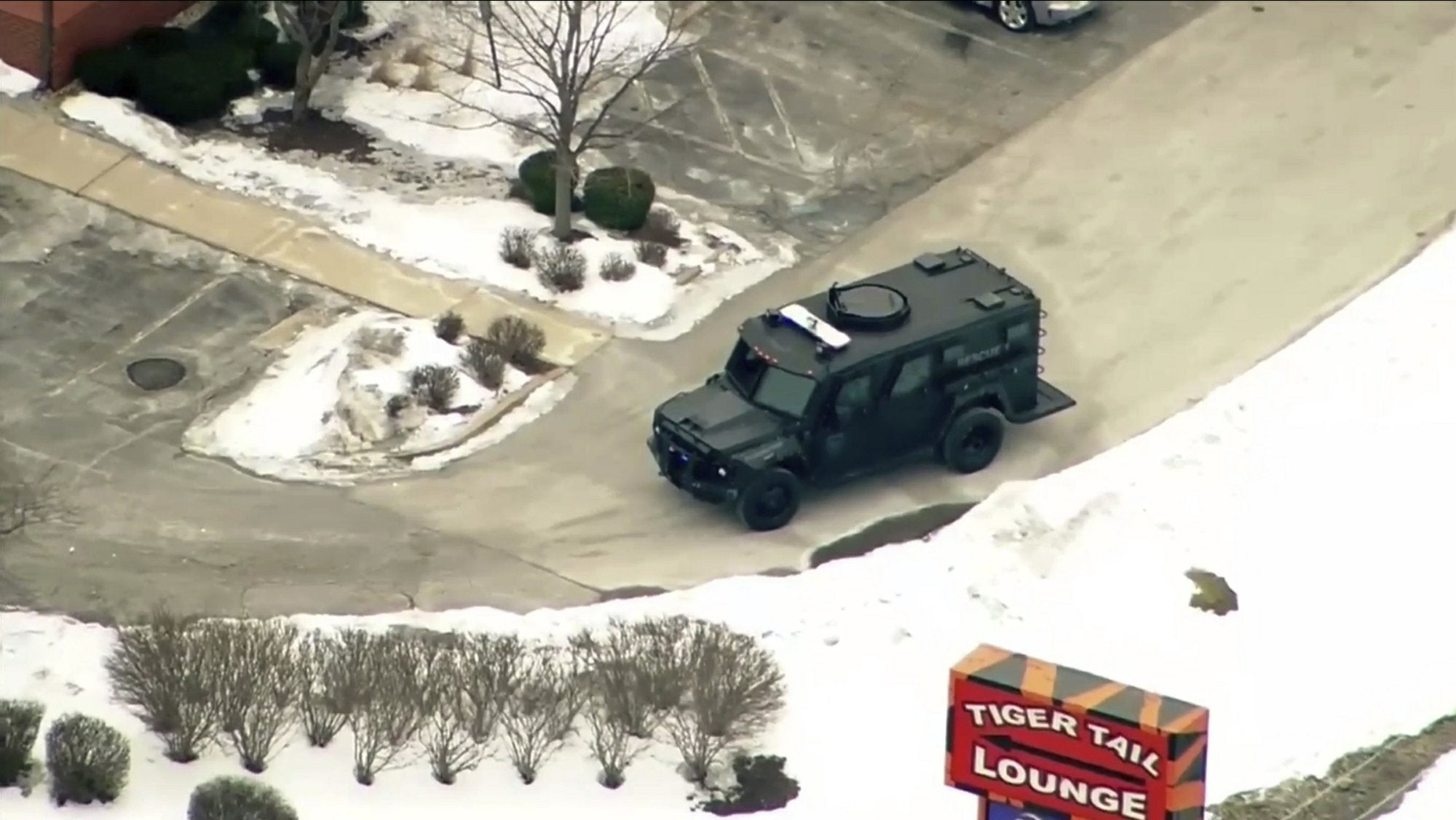 ROCKFORD, Ill. (AP) — Police said a gunman fled an Illinois hotel Thursday after shooting an officer who was part of a task force trying to serve an arrest warrant.

Rockford police Lt. Andre Brass said the suspect fled in a vehicle after the shooting. Brass said investigators believe the suspect is still armed, adding: “We just want to end this situation peacefully with his surrender.”

Brass said the suspect, 45-year-old Floyd E. Brown, was wanted on several warrants when the fugitive task went to the hotel in Rockford, which is about 80 miles (129 kilometers) northwest of downtown Chicago.

The U.S. Marshals Service said the officer was on-duty and working with a regional task force when the shooting occurred. Spokeswoman Belkis Cantor Sandoval said she didn’t immediately have details but said more information was forthcoming.