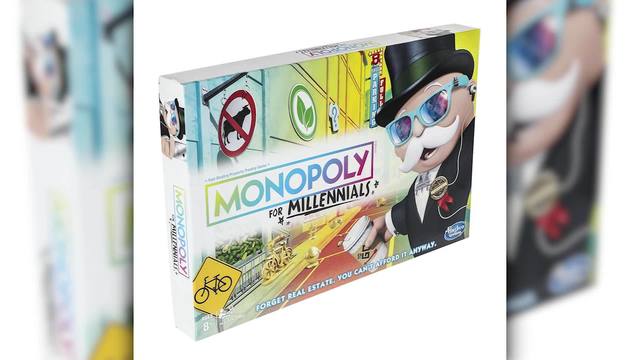 (WFLA) — Hasbro has launched a new version of the classic board game Monopoly – geared toward millennials.

“Monopoly for Millennials” plays on the stereotypes and jokes associated with the millennial age group – people who were born in the early 80s to mid-90s.

This version of the classic game doesn’t have players buying properties because, as the tagline of the game states, “forget real estate, you can’t afford it anyway.”

Instead, players collect experiences. The winner is the player who collects the most experiences, not the most money.

Some of the things players can experience include a week-long meditation retreat, a three-day music festival, staying on your friend’s couch and eating at a vegan bistro. You then collect money from other players who visit destinations you “discovered” first.

The game is described as a “great choice for Millennials who need a break from the life of adulting,” but some millennials are calling it offensive. Some Twitter users claim the game is condescending and insulting to the millennial generation. Others found it hilariously “savage.”

It’s currently available on Walmart.com and other online retailers.