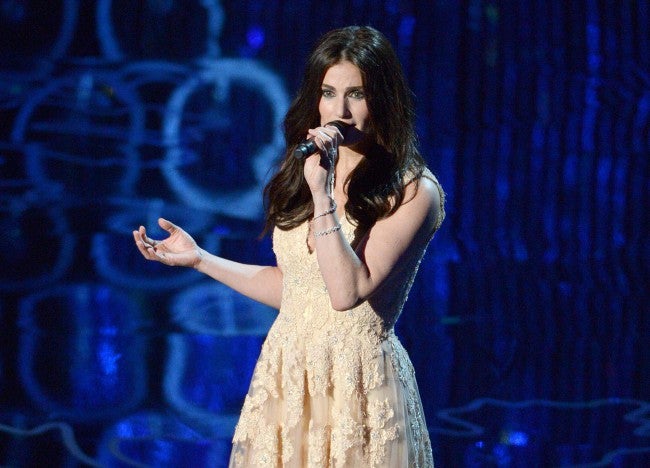 NEW YORK (AP) – “Frozen” star Idina Menzel will sing the national anthem before the Super Bowl kicks off next month.

The NFL announced Friday that John Legend will perform “America the Beautiful” before Super Bowl XLIX at the University of Phoenix Stadium in Glendale, Arizona. It will air on NBC.

Menzel has had a top-notch year, thanks to the success of “Frozen” and her worldwide hit, “Let It Go.” Her Broadway show “If/Then” closes on March 22.

Legend, too, has had a career-highlighting year. His song “All of Me” was one of 2014’s biggest hits, and he recently won a Golden Globe for his song with rapper Common, “Glory,” from the film “Selma.”

Pop star Katy Perry will perform during the halftime show.