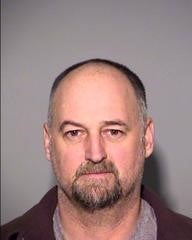 The VCU stated that James Matthews, 50, was arrested on March 5 at the 7700 block of North Michigan Road.

According to VCU, during Matthews arrest, detectives found $73,000 cash, a 1997 Dodge Ram truck and a Haulmark trailer. All of the confiscated items are in forfeiture proceedings.

Matthews was taken in custody to the Arrestee Processing Center and later extradited to New Jersey.